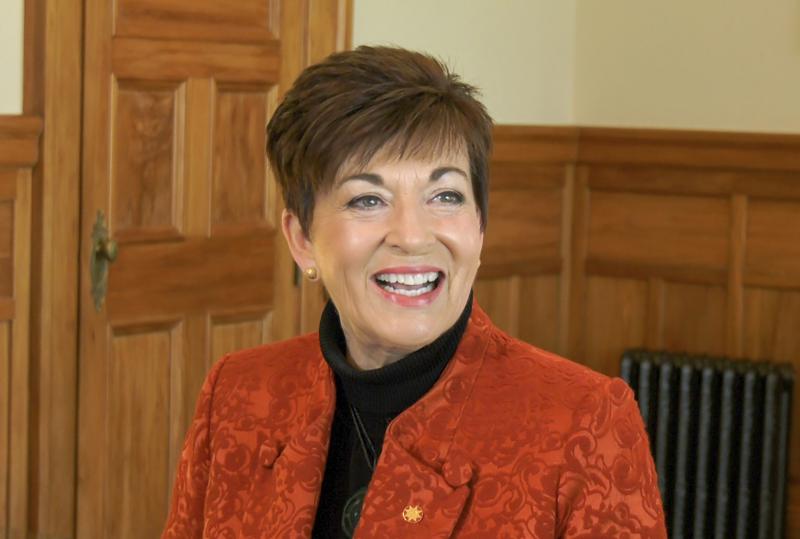 WELLINGTON, New Zealand (AP) — The queen’s representative in New Zealand said Prince Harry and Meghan discussed moving to the South Pacific country during their 2018 visit, more than a year before the couple stepped back from royal duties and moved to the United States.

Governor-General Patsy Reddy also told The Associated Press in an interview she believes the British monarch should remain New Zealand’s head of state and described the hand-typed letters she sends to Queen Elizabeth II.

Reddy, 67, will leave her largely ceremonial role representing the queen in New Zealand in October after a 5-year term. A lawyer who was given the honorific Dame for her services to arts and business, Reddy officially . . . 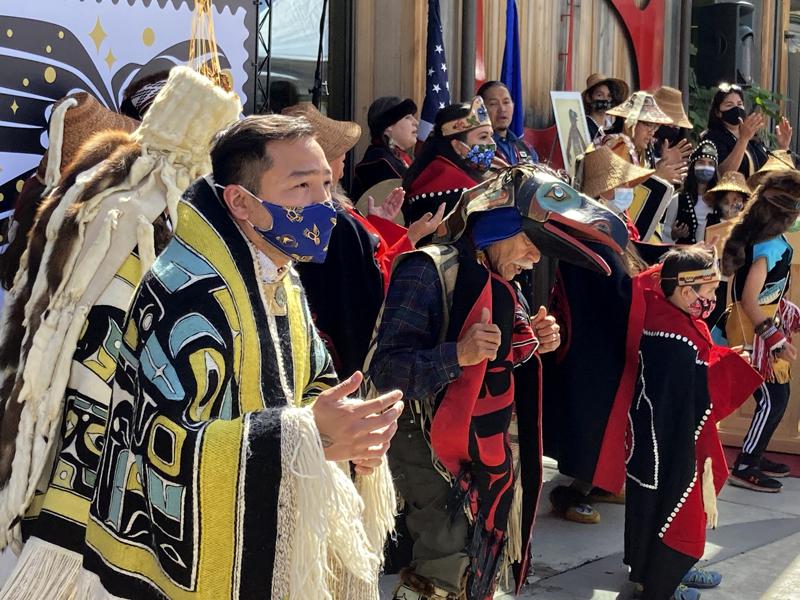 JUNEAU, Alaska (AP) — Alaska Native artist Rico Worl said he jumped at the chance to create for the U.S. Postal Service a stamp he hopes will be a gateway for people to learn about his Tlingit culture.

“I think a lot of people already are learning that there’s a lot more richness in authentic work, and authentic work from Indigenous people and the stories that are there,” he told The Associated Press in a recent interview.

A ceremony marking the release of Worl’s Raven Story stamp was held Friday in Juneau, where Worl lives. The event featured . . . 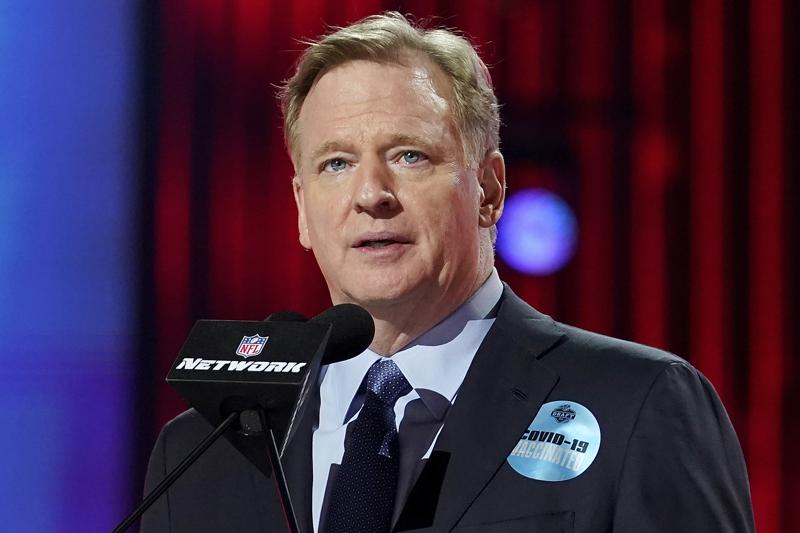 NFL teams that experience a COVID-19 outbreak among nonvaccinated players could forfeit regular-season games, with players on both teams not getting paid.

NFL Commissioner Roger Goodell warned the 32 teams Thursday in a memo obtained by The Associated Press that no games would be rescheduled under such circumstances. Instead, forfeits could happen.

“As we learned last year, we can play a full season if we maintain a firm commitment to adhering to our health and safety protocols and to . . . 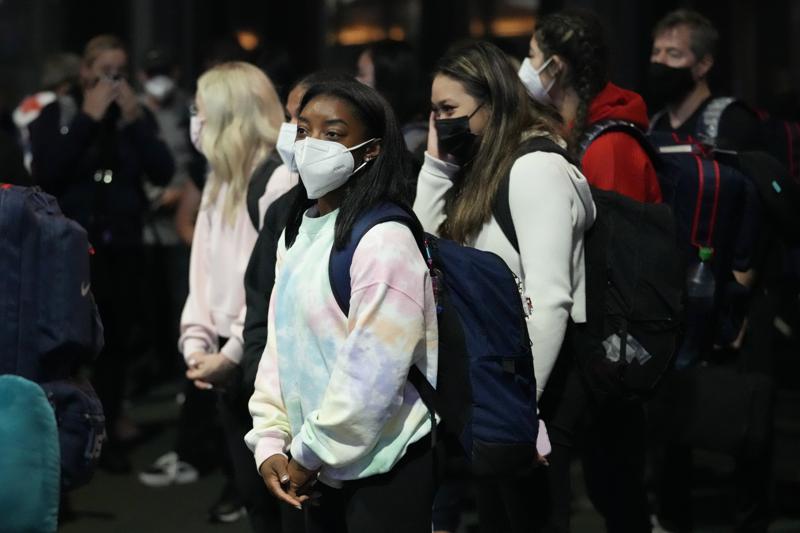 TOKYO (AP) — Kara Eaker, an alternate on the United States women’s gymnastics team, has tested positive for COVID-19 in an Olympic training camp in Japan.

Al Fong, the personal coach for both Eaker and fellow Olympic alternate Leanne Wong, confirmed the positive test in an email to The Associated Press on Monday. The coach said Eaker, 18, was vaccinated against the novel coronavirus two months ago.

Eaker and Wong have been placed in isolation. USA Gymnastics did not identify Eaker or Wong but said in a statement the athlete who tested positive and another alternate . . . 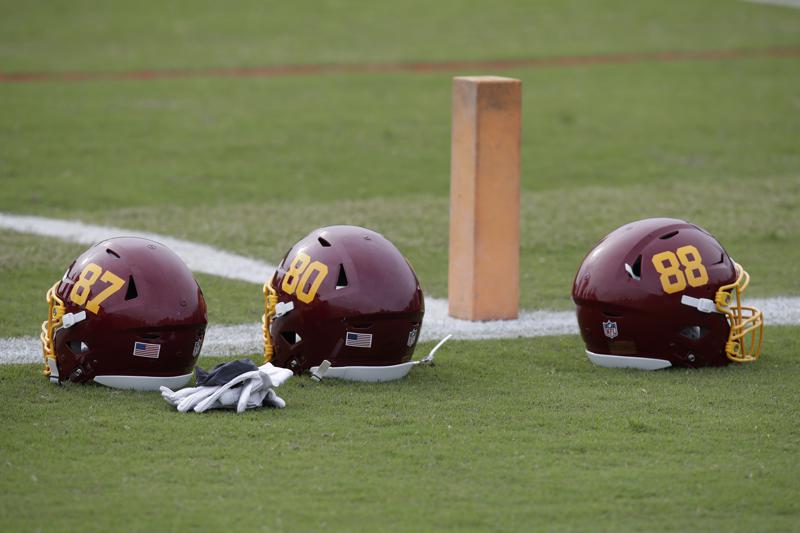 Four NFL teams remain under 50% vaccinated less than two weeks from the start of training camp, a person familiar with the vaccination rates told The Associated Press.

Washington, Indianapolis, Arizona and the Los Angeles Chargers had the four lowest COVID-19 vaccination rates in the league as of Thursday, according to the person, who spoke on condition of anonymity, because the league hasn’t released the numbers.

Pittsburgh, Miami, Carolina and Denver have the highest vaccination rates and are among seven teams that have achieved at least 85%. About 70% of players have been vaccinated. Teams on the lower end of the . . . 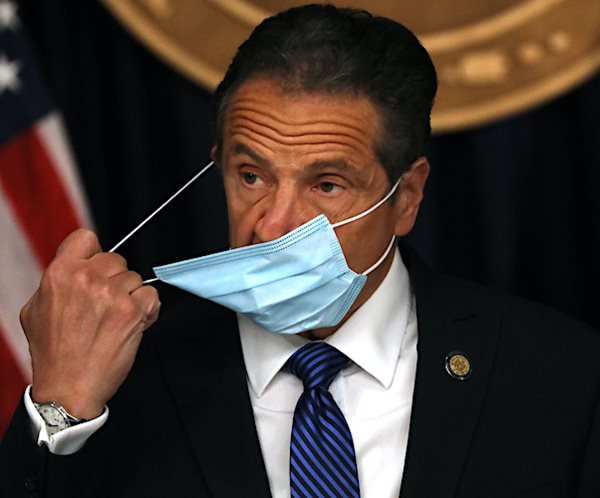 New York Gov. Andrew Cuomo is expected to be interviewed Saturday as the state attorney general’s office winds down its investigation into sexual harassment allegations that upended his national reputation and threatened his hold on power as he gears up to run for a fourth term next year.

The timing of the interview in Albany, the state’s capital, was confirmed Thursday to The Associated Press by two people familiar with the investigation. They were not authorized to speak publicly about the case and did so on condition of anonymity.

Investigators were always expected to speak with Cuomo, who said at the start of the probe in March that he would “fully cooperate.” Cuomo is also facing . . .