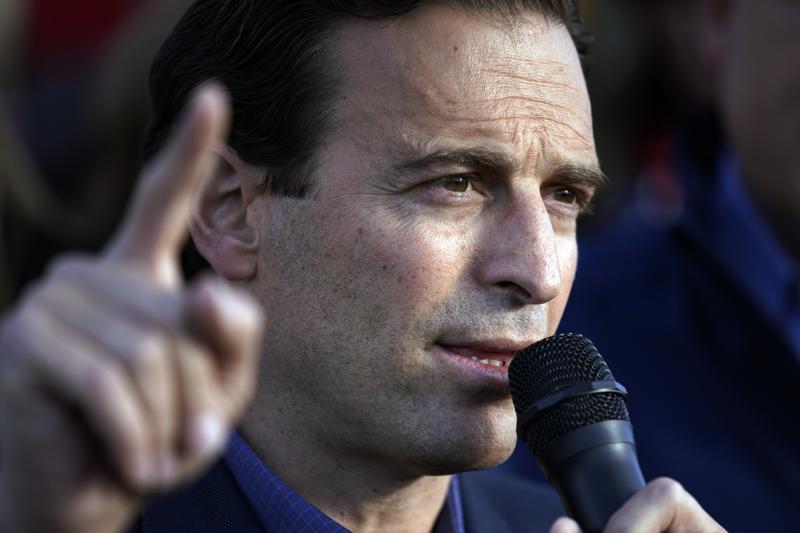 Florida Sen. Rick Scott, the chair of the National Republican Senate Committee, told The Associated Press that he has . . .

WASHINGTON (AP) — For nearly an hour, President Joe Biden and the top Senate Republican negotiating infrastructure met Wednesday behind closed doors — two seasoned legislators engaged in another round of conversations, but emerging with few outward signs of tangible progress ahead of a deadline next week.

The White House billed the private meeting as more of a conversation with West Virginia GOP Sen. Shelley Moore Capito, rather than a formal negotiation. No new offers were expected to be presented. More than anything, the session in the Oval Office was seen through the political lens of the . . .

WASHINGTON (AP) — Senate Republicans are signaling that they will try to block — or at least slow down — a Democratic effort to create a 9/11-style commission on the deadly Jan. 6 insurrection at the U.S. Capitol, threatening the chances of a deeper, independent look at the siege and how it could be prevented from happening again.

Senate Republican Leader Mitch McConnell said Tuesday he is “pushing the pause button,” on the legislation to form the commission, which is expected to pass the House this week despite the opposition of House Republican Leader Kevin McCarthy. That means the bill is likely to have a more difficult path when it reaches the Senate, where . . .

MADISON, Wis. (AP) — Ron Johnson is in an uncomfortable class of his own.

The Wisconsin Republican is the only senator in his party facing reelection next year in a state that backed Democrat Joe Biden in the 2020 presidential race. But rather than moderate his politics to accommodate potentially shifting voter attitudes, Johnson is focusing even more intently on cultural issues that appeal to his party’s overwhelmingly white base.

He has said the trial of former Minneapolis police officer Derek Chauvin in the murder of George Floyd distracted journalists from covering immigration. He has lent credence to the white supremacist “great replacement” theory. And he said he was less concerned about the predominantly white mob that staged a deadly insurrection at the U.S. Capitol in January than he . . .

In a sharply worded statement shared on Twitter on Friday, Senate Republican leader Mitch McConnell blasted news that the Biden administration was authorizing a special commission to look into the structure of the U.S. Supreme Court.

The commission is reportedly going to look at things like adding more justices, or placing term limits on those named to the bench, who currently serve for life.

McConnell, the Republican former Senate majority leader from Kentucky, ripped the panel as a naked ploy by Dem progressives to pack the court with left-leaning judges, dismissing the . . .