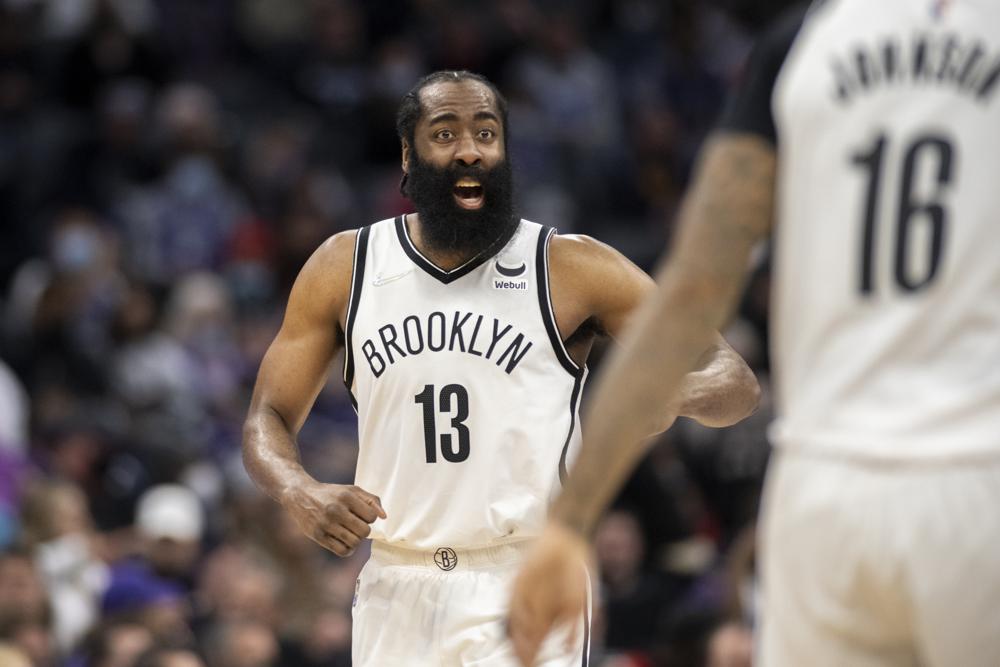 DENVER (AP) — James Harden is staying put with the Brooklyn Nets. Coach Steve Nash gave a direct answer when asked before the team’s game at Denver on Sunday if the team was definitely not trading the former MVP before Thursday’s deadline. 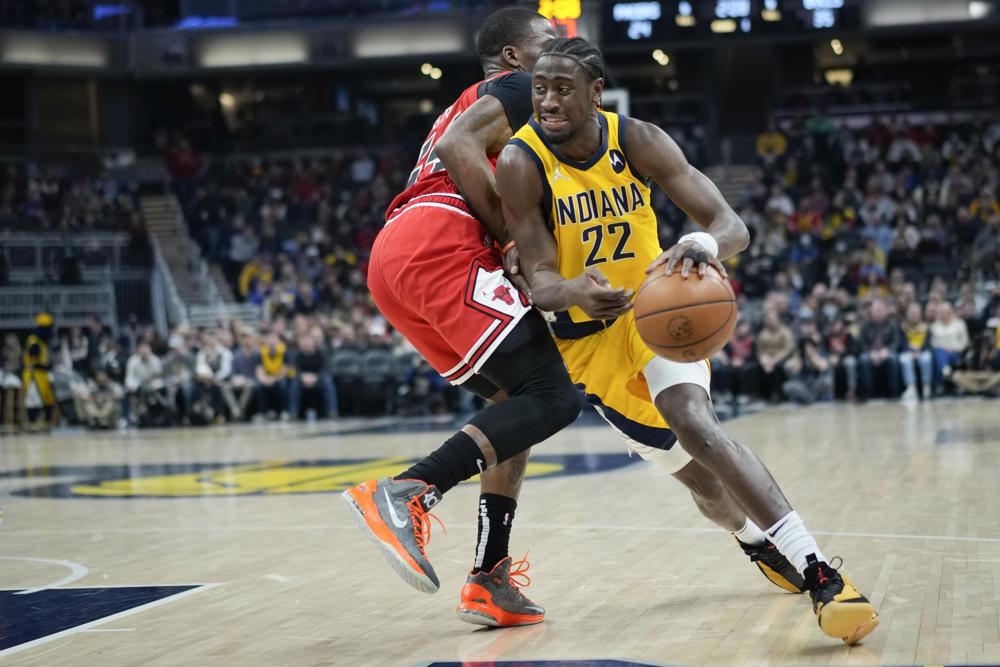 CLEVELAND (AP) — The Cavaliers have gone from surprising contenders to serious ones. Pulling off a major move ahead of this week’s NBA trade deadline, Cleveland added another young star to its roster by agreeing in principle to acquire swingman Caris LeVert in a deal from Indiana. 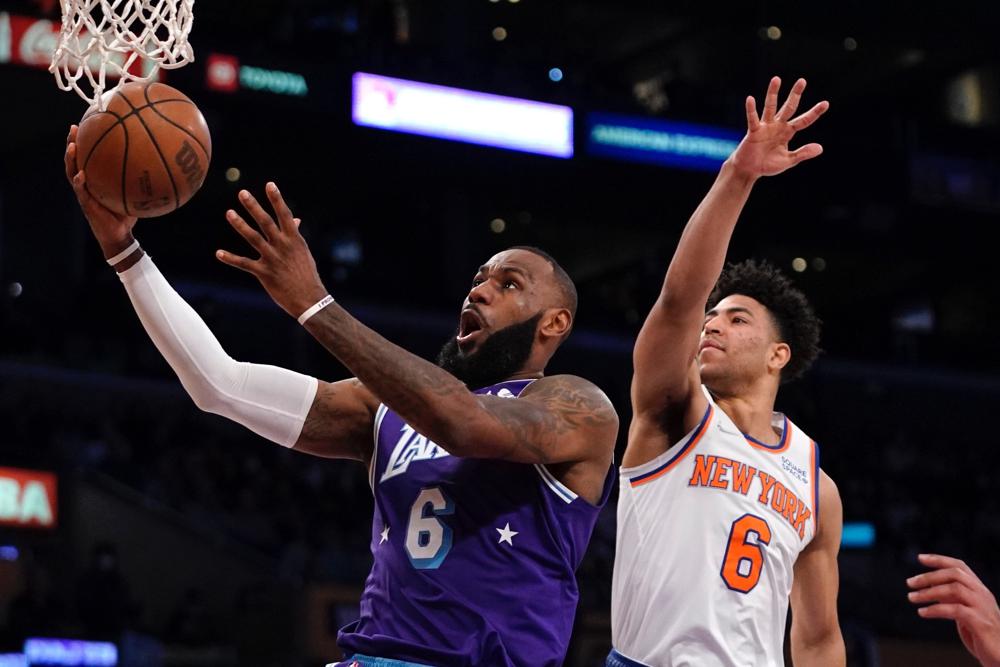 LOS ANGELES (AP) — LeBron James returned from a five-game absence due to injury and had a triple-double of 29 points, 13 rebounds, 10 assists, and the Los Angeles Lakers rallied from a 21-point, second-quarter deficit, beating the New York Knicks 122-115 in overtime Saturday night.

James missed the games due to swelling in his left knee, but came back to play in a nationally televised game and with the Lakers . . . 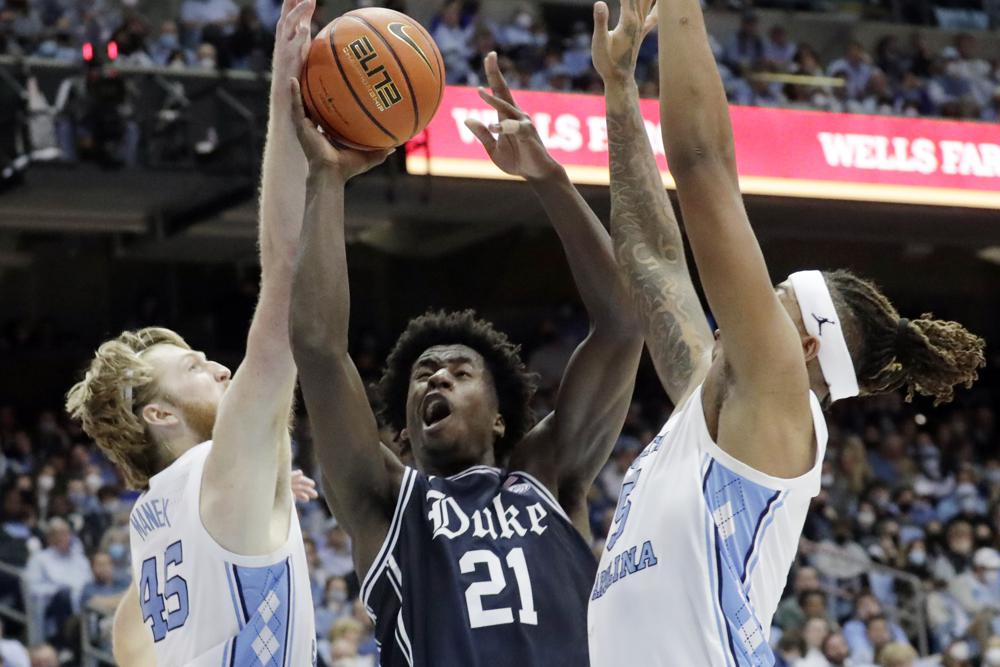 CHAPEL HILL, N.C. (AP) — Mike Krzyzewski walked off North Carolina’s homecourt a final time, armed with one more victory and the sound of a once-rowdy crowd mustering only a meager set of boos.

Ninth-ranked Duke ensured its retiring Hall of Fame coach could savor that moment Saturday night, thanks to a dominating opening stretch and a star-level performance from a blossoming freshman that had long since driven the . . . 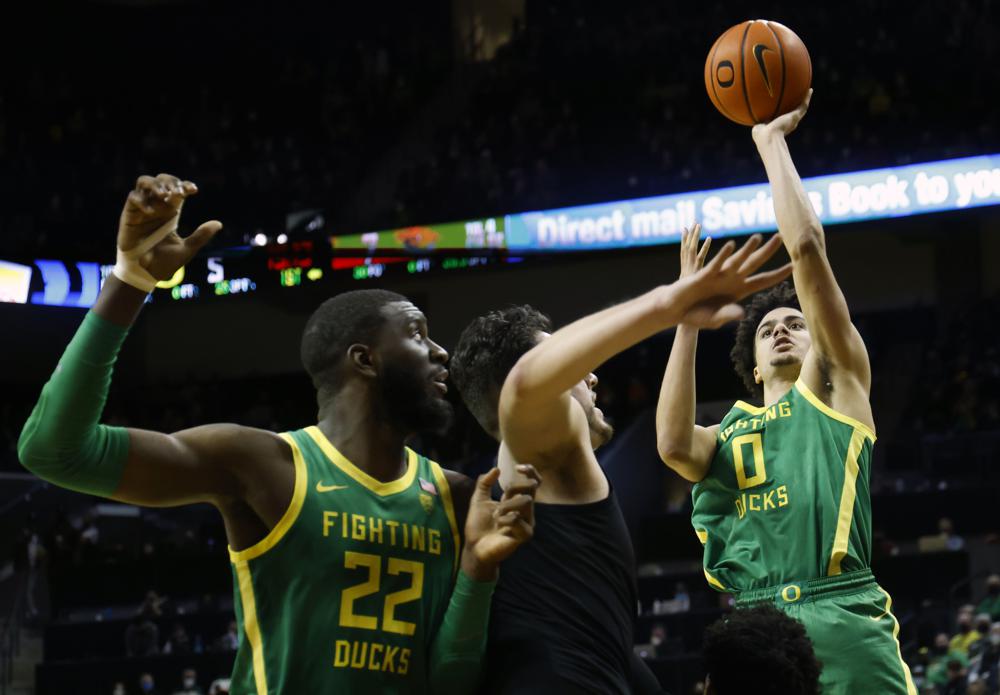 Will Richardson added 15 points while Eric Williams Jr. and De’Vion Harmon each scored 14 points as Oregon (13-7, 6-3 Pac-12) swept the season series against its in-state rival for the first time since 2016-17. The Ducks shot 55.4% from the field while outrebounding Oregon State 40-37.

“It feels good going into February,” Young said. “We are ready to get back into the lab, we are not done yet. We have a lot of work to do. We . . . 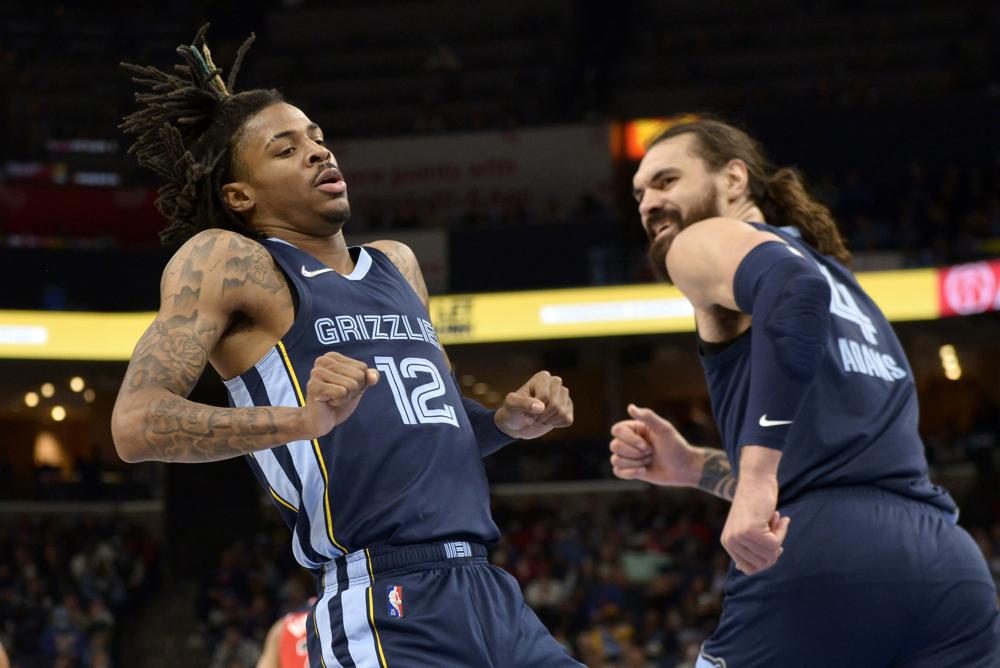 MEMPHIS, Tenn. (AP) — Ja Morant scored 34 points, his sixth straight game of at least 30 points, and the Memphis Grizzlies built an early lead in a 115-95 victory over the Washington Wizards on Saturday night.

“I don’t think there’s too many teams more exciting than us,” Morant said about the team chemistry and exciting plays that are part of the Grizzlies’ makeup.

Morant, picked as an All-Star starter for the Western Conference this week, was 15 of 27 from the field, including 4 of 8 from 3-point range. Desmond Bane had 19 points, and De’Anthony Melton added 13 to help the Grizzlies win their third straight and fourth in five games. Steven Adams had 10 points and 15 rebounds. with . . .