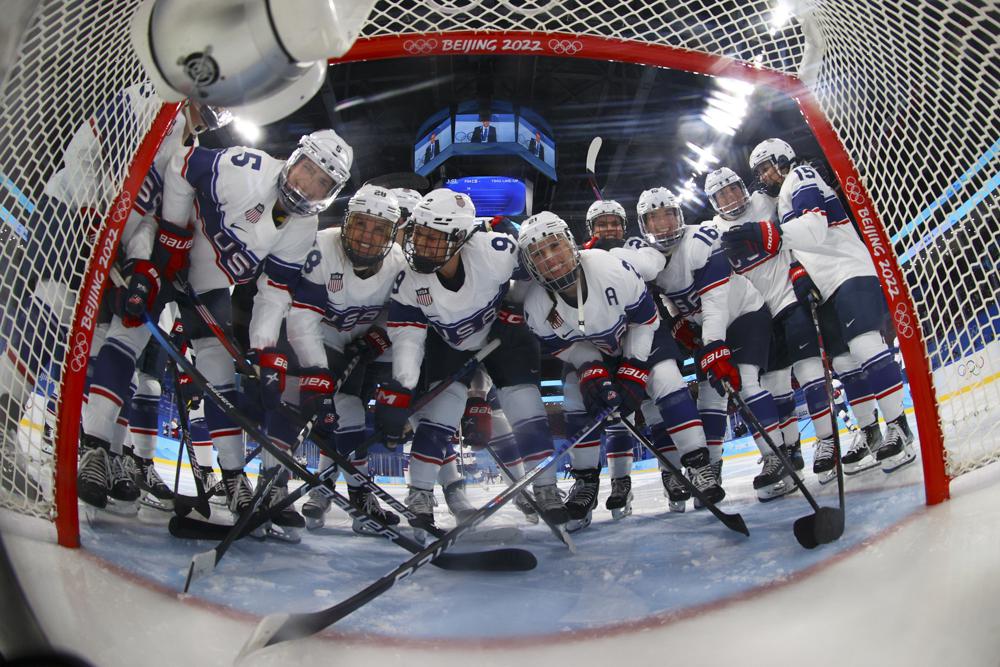 BEIJING (AP) — The last thing Cammi Granato and her U.S. women’s hockey teammates needed to see after a 10-hour bus ride through the Maritimes was arriving at their hotel and finding the Canadians staying at the same place.

It was bad enough the two heated rivals had to confront each other on ice. In those early days — the late 1990s and 2000s — of what’s developed into one of the world’s fiercest rivalries, the two sides were ready to . . . 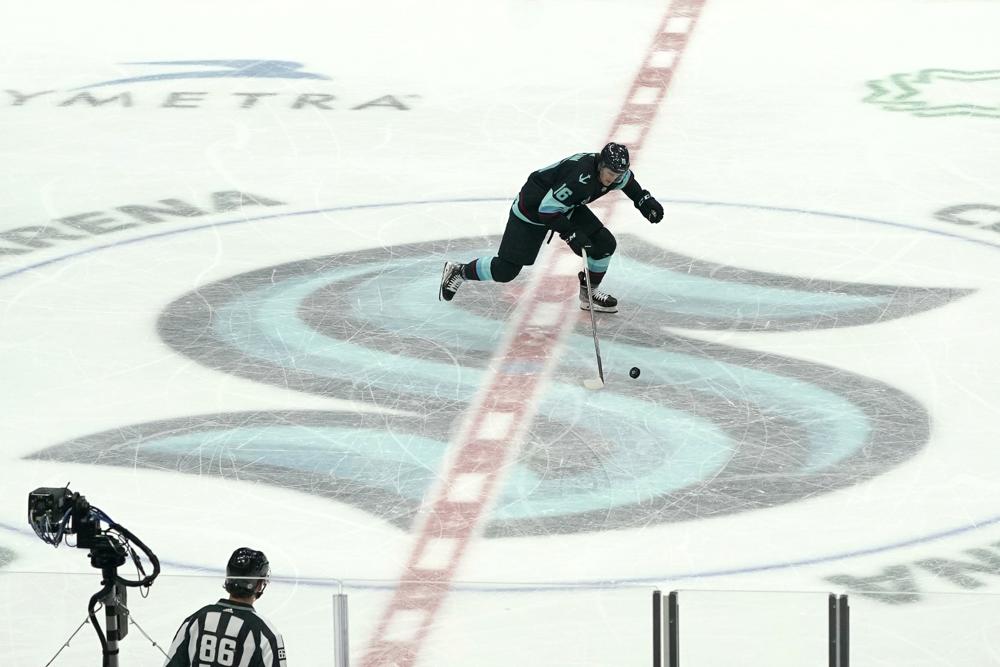 The NHL will stop testing asymptomatic players, coaches and staff who are fully vaccinated following the All-Star break in early February, saying coronavirus cases continue to decline across the league.

The league and Players’ Association announced the protocol changes Tuesday. The current policy will remain in place until the All-Star break begins Feb. 3.

Carolina Hurricanes coach Rod Brind’Amour, who is expected to be behind the bench for the Metropolitan Division at All-Star Weekend in . . . 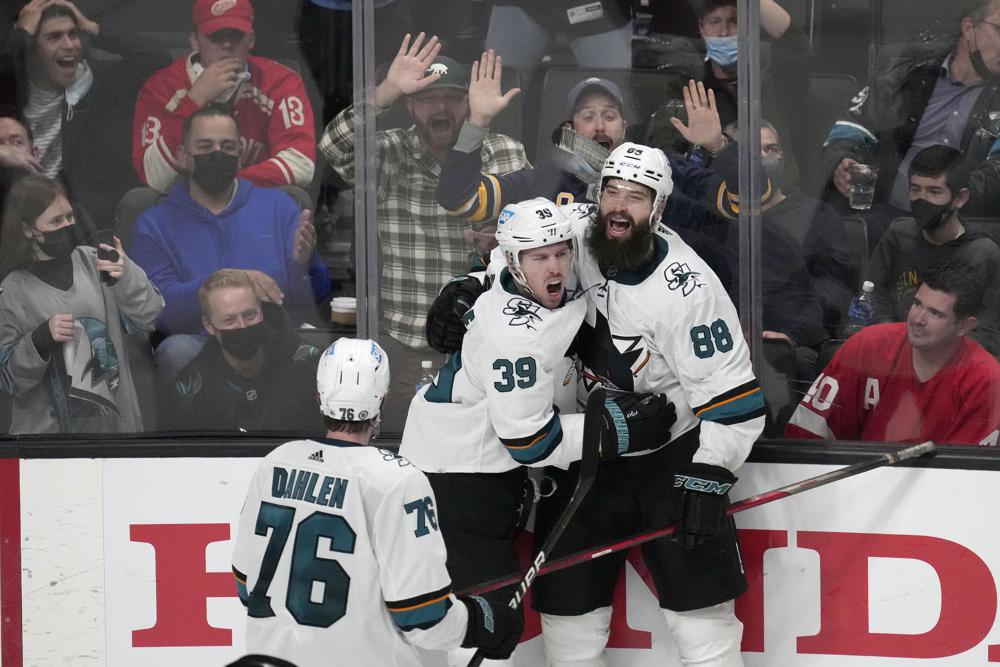 SAN JOSE, Calif. (AP) — First Logan Couture dodged a fake octopus. Seconds later, he scored an overtime winner. All in all, an eventful return to the lineup following a five-day absence for COVID-19.

Couture scored in overtime moments after a fan threw a fake octopus on the ice and the San Jose Sharks beat the Detroit Red Wings 3-2 . . .

LAS VEGAS (AP) — William Nylander scored in regulation and got the winner in a shootout as the Toronto Maple Leafs beat the Vegas Golden Knights 4-3 on Tuesday night.

Auston Matthews and Ilya Mikheyev also scored in regulation as Toronto improved to 5-0-1 on a six-game point streak, and 21-4-2 since opening the season 2-4-1.

The Maple Leafs have impressively weaved their way through COVID disruptions, including a two-week pause that postponed six games from . . . 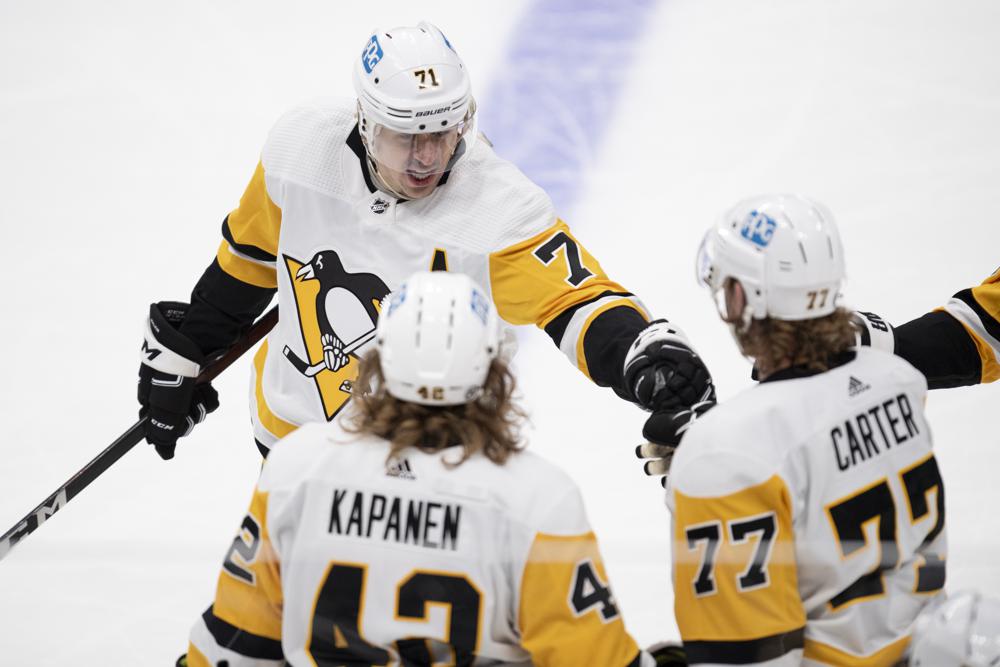 ANAHEIM, Calif. (AP) — Evgeni Malkin couldn’t have dreamed up a better return to the Pittsburgh Penguins’ lineup. The four-time All-Star and 2012 Hart Trophy winner scored twice and had an assist in his season debut Tuesday night as the surging Penguins rolled to a 4-1 victory over the Anaheim Ducks.

“Obviously we were hopeful that he’d have an immediate impact, and to score two goals like he did tonight, set up an empty-netter on one of (Jeff Carter’s) goals, was quite an impact on the game,” Penguins coach . . . 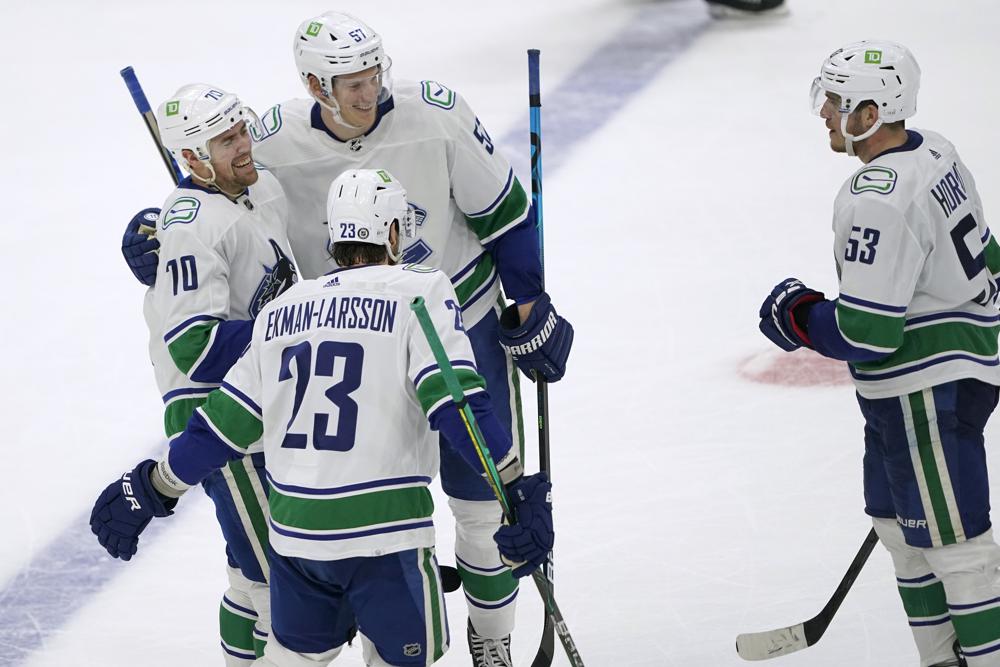 Bo Horvat and the Vancouver Canucks just want to get back to playing hockey. The Canucks had another game pushed back Friday when the NHL announced it was postponing Saturday’s matchup with the Ottawa Senators due to ongoing attendance restrictions. The league also postponed a Senators-Jets game originally set for Jan. 15.

“We were obviously looking forward to playing and with the game getting canceled and us being off for a long time, we want to play hockey,” said Horvat, Vancouver’s captain. “We feel like we have a pretty good thing going right now and it . . .