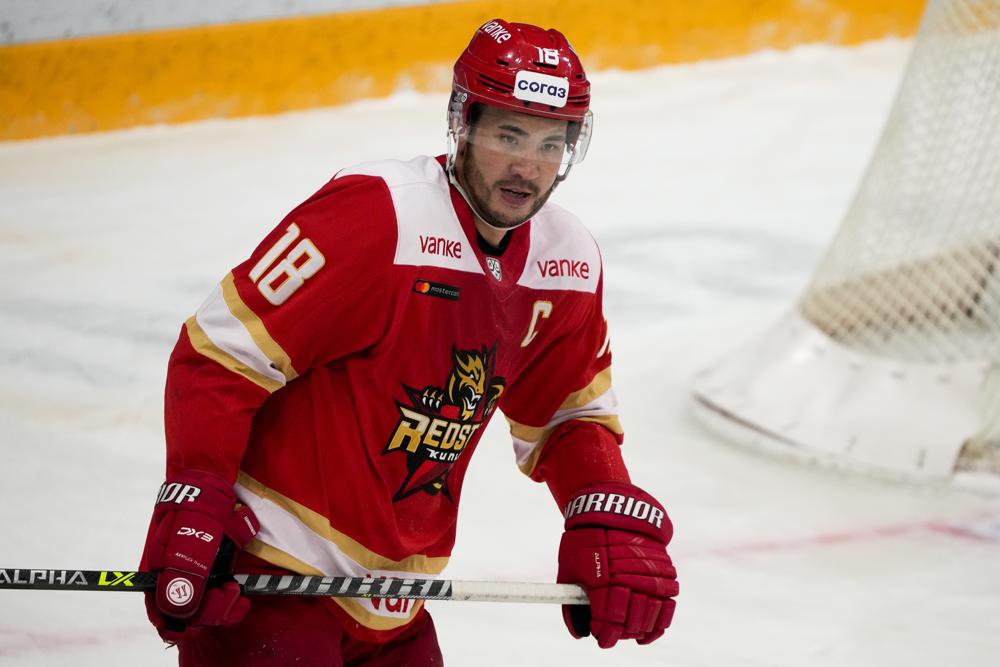 BEIJING (AP) — Kenny Agostino planned to return to Russia after the Olympics to finish the Kontinental Hockey League season.

After the KHL announced plans to call off the rest of the regular season and go directly to the playoffs, the American forward might . . . 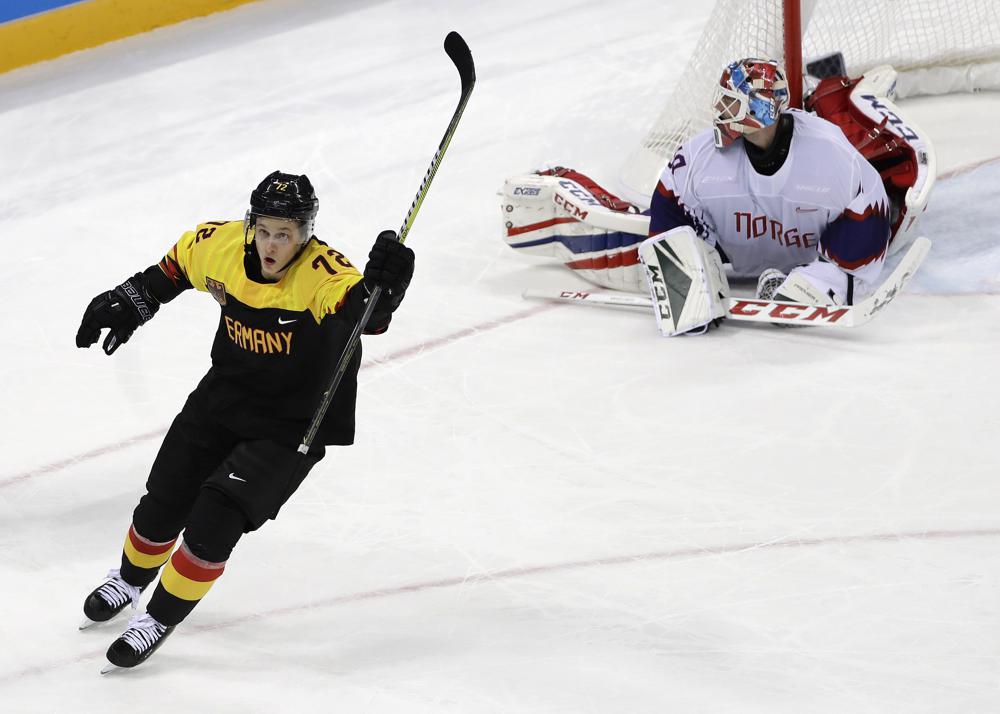 BEIJING (AP) — Dominik Kahun does not want to think too much about the 2018 Olympics, even though it marked the pinnacle of German hockey.

The pinnacle so far.

Four years after an improbable run to the Olympic final that ended with a silver medal, Germany is back at another Winter Games without NHL players looking to duplicate that effort. Usually the underdogs but now . . . 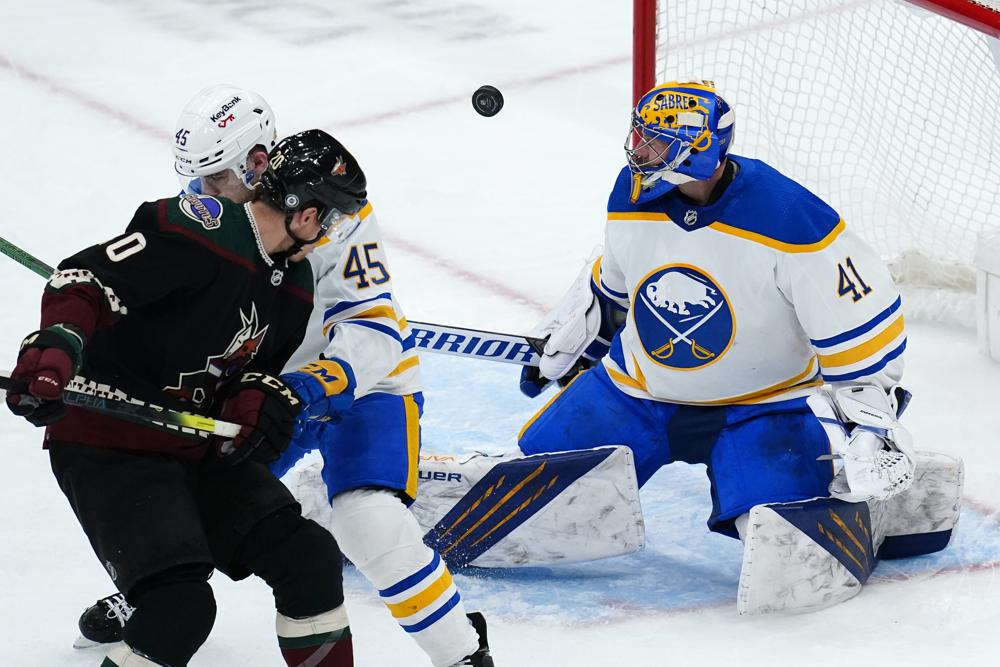 GLENDALE, Ariz. (AP) — Craig Anderson made 27 saves in his return from the injured list and the Buffalo Sabres beat the Arizona Coyotes 3-1 on Saturday night.

Kyle Okposo, Peyton Krebs and Alex Tuch scored to support Anderson in his first game since Nov. 2, when he sustained an upper-body injury in a 5-3 loss to San Jose. He missed 33 games. 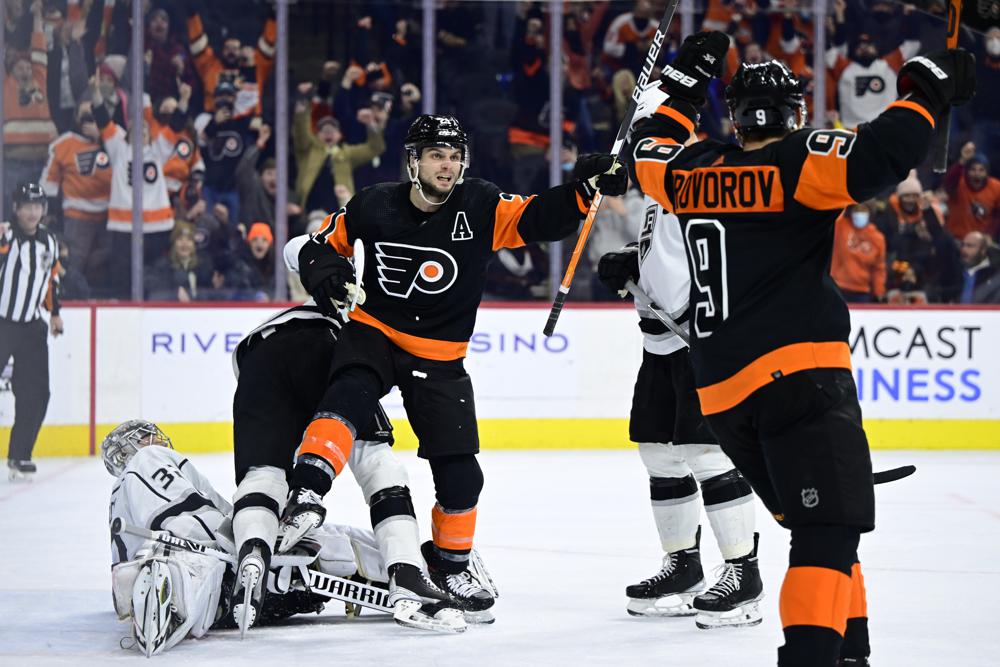 PHILADELPHIA (AP) — Scott Laughton scored 2:22 into overtime, Cam Atkinson had two goals in regulation and assisted on the winner and the Philadelphia Flyers snapped a franchise-record 13-game losing streak with a 4-3 victory over the Los Angeles Kings on Saturday.

Laughton scored on the rebound of Atkinson’s shot for the Flyers’ first victory since Dec. 29. Gerry Mayhew also scored for Philadelphia.

Viktor Arvidsson had a goal and an assist, and Arthur Kaliyev and Anze Kopitar also scored for the Kings. Los Angeles was playing the . . . 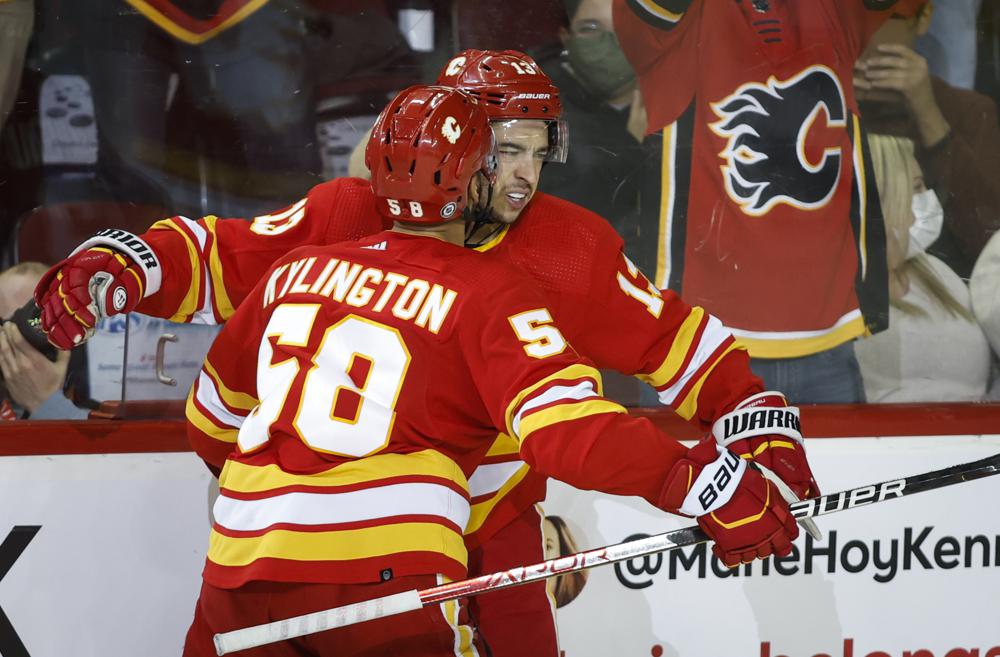 The Flames got the deciding goal when Gaudreau took a drop pass from Elias Lindholm and fired it into the low corner past Canucks goalie Thatcher Demko on a slap shot from 25 feet out.

“I know Thatcher very well and I scored a couple times high glove on him last year.” Gaudreau said. “Had the opportunity to score a . . . 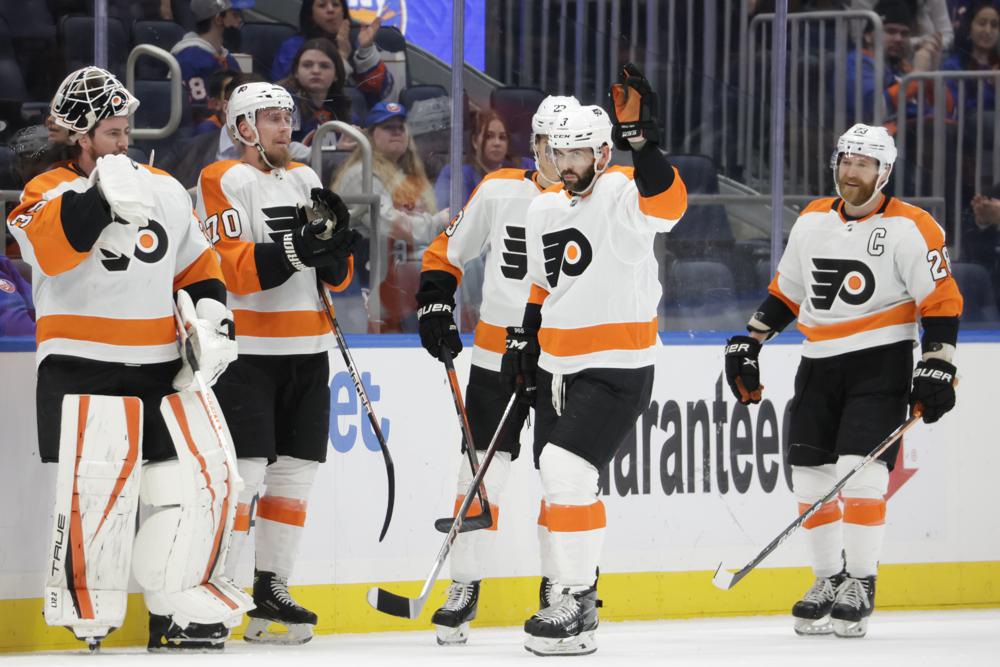 Yandle started his streak March 26, 2009, with Phoenix, and he has played 1,075 games overall with the Coyotes, New York Rangers, Florida Panthers and Flyers.

The three-time All-Star is in his first season with the Flyers and was on the ice for the opening face-off against the New York Islanders. Yandle was paired with Ivan Provorov to start the game. He played 18 shifts for 11:58 of ice time . . .