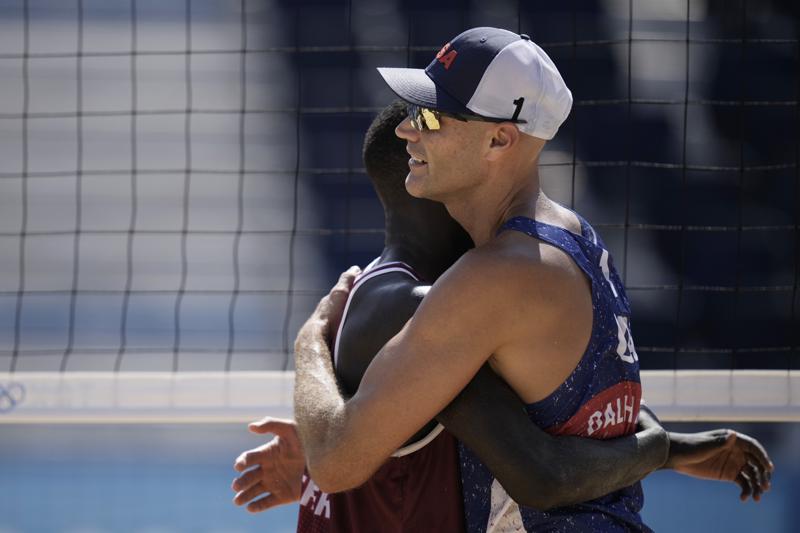 TOKYO (AP) — Couldn’t beat ‘em, couldn’t join ’em. Americans Phil Dalhausser and Nick Lucena got knocked out of the Olympic beach volleyball tournament on Sunday by Cherif Samba and Ahmed Tijan of Qatar. If things had gone a little differently, it could have been Dalhausser and Lucena wearing the Qatari flag instead of the Stars and Stripes.

In 2005, when they were self-described knuckleheads working as substitute teachers in South Carolina, the Americans were offered . . .