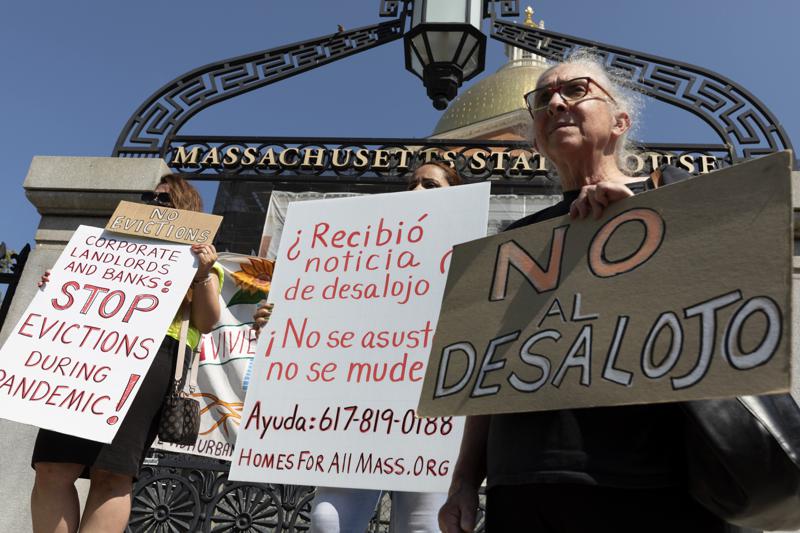 WASHINGTON (AP) — A nationwide eviction moratorium is set to expire Saturday after President Joe Biden and Democrats in Congress worked furiously but ultimately failed to align on a long-shot strategy to prevent millions of Americans from being forced from their homes during a COVID-19 surge.

More than 3.6 million Americans are at risk of eviction, some in a matter of days, as nearly $47 billion in federal housing aid to the states during the pandemic has been slow to make it into the hands of renters and landlords owed payments.

Tensions mounted late Friday as it became clear there would be no resolution in sight. Hours before the ban was set to expire, Biden called on . . .