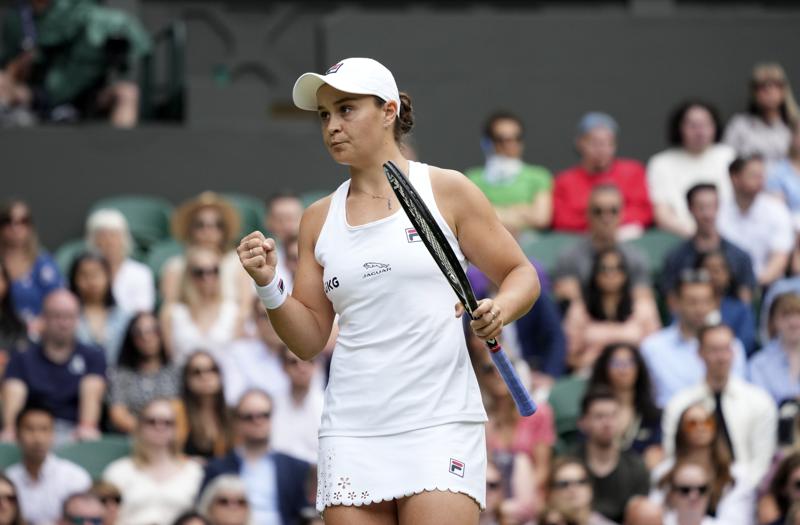 WIMBLEDON, England (AP) — Top-ranked Ash Barty advanced to the third round of a Wimbledon women’s draw depleted of other top contenders by beating Anna Blinkova 6-4, 6-3 Thursday.

No. 3-seeded Elina Svitolina became the latest upset victim, and eight of the top 11 players in the WTA rankings are out of the tournament due to defeat, withdrawal or injury.

Barty avoided an exit by overcoming an uncharacteristically unreliable serve. She committed nine double-faults, including . . .