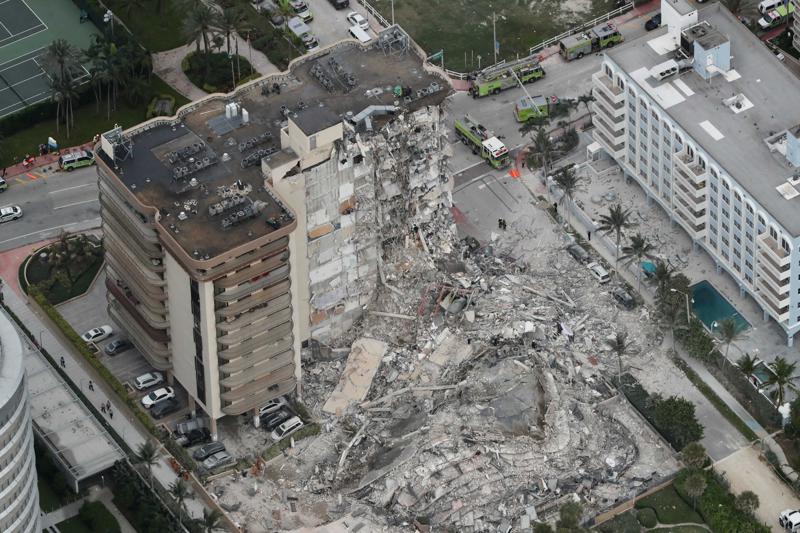 SURFSIDE, Fla. (AP) — A wing of a 12-story beachfront condo building collapsed with a roar in a town outside Miami early Thursday, killing at least one person and trapping residents in rubble and twisted metal. Rescuers pulled dozens of survivors from the tower during the morning and continued to look for more.

Surfside Mayor Charles Burkett warned that the death toll was likely to rise, saying the building manager told him the tower was quite full at the time of the collapse around 1:30 a.m., but the exact number of . . .