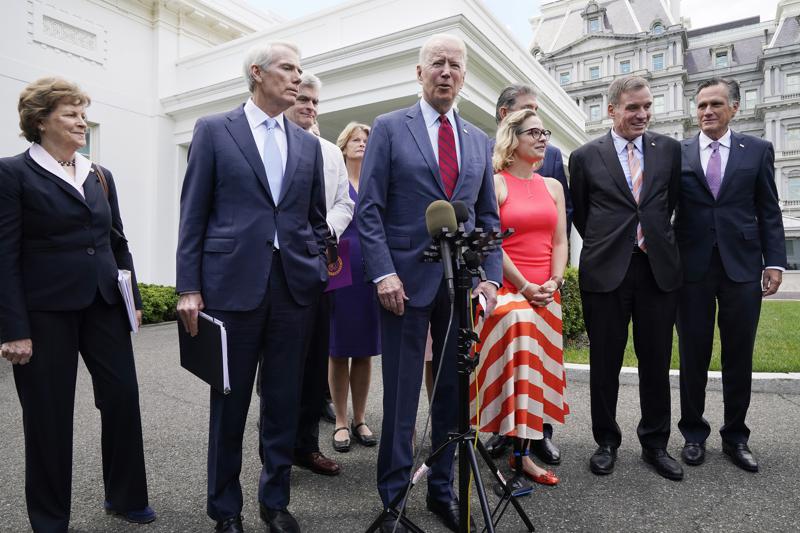 WASHINGTON (AP) — President Joe Biden announced on Thursday a hard-earned bipartisan agreement on a pared-down infrastructure plan that would make a start on his top legislative priority and validate his efforts to reach across the political aisle. But he openly acknowledged that Democrats will likely have to tackle much of the rest on their own.

The bill’s price tag at $973 billion over five years, or $1.2 trillion over eight years, is a scaled-back but still significant piece of Biden’s broader proposals.

It includes more than a half-trillion dollars in new spending and could open the door to the president’s more sweeping . . .