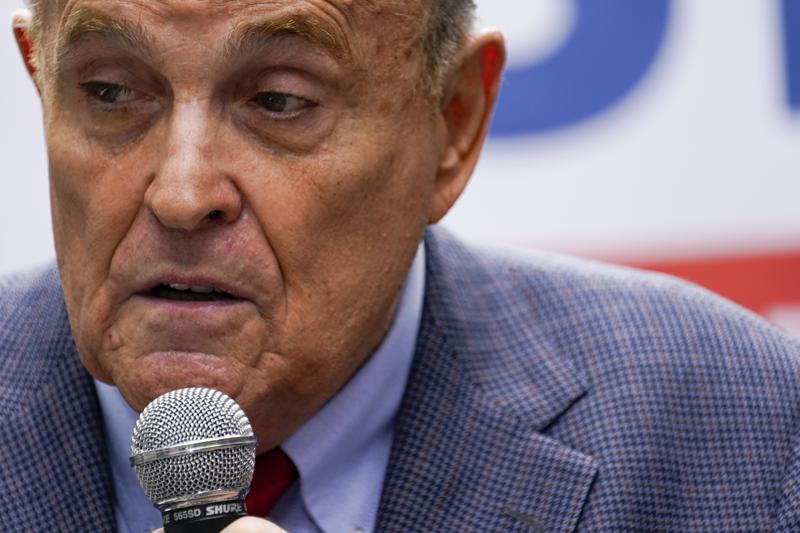 NEW YORK (AP) — An appeals court suspended Rudy Giuliani from practicing law in New York because he made false statements while trying to get courts to overturn Donald Trump’s loss in the presidential race.

An attorney disciplinary committee said in its motion to suspend Giuliani’s license that there was “uncontroverted evidence” that Giuliani had made false statements to the courts, the public and lawmakers as he pushed theories that the election was stolen through fraud.

“This country is being torn apart by continued attacks on the legitimacy of the 2020 election and of our current president, Joseph R. Biden,” the committee wrote. “The hallmark of our democracy is predicated on . . .