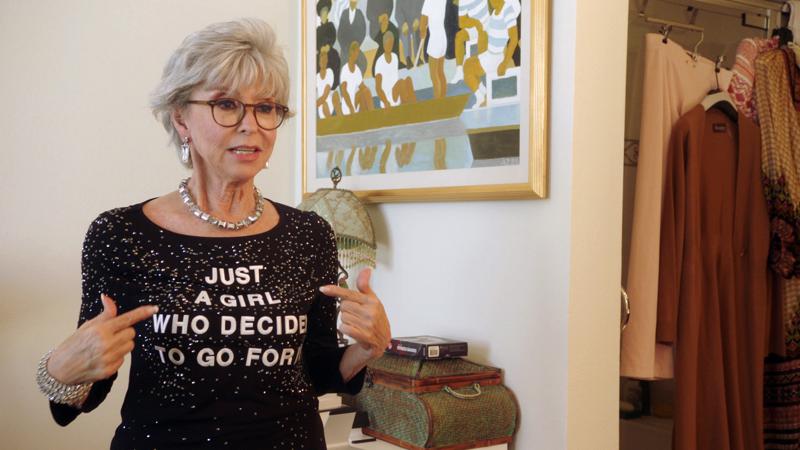 NEW YORK (AP) — Rita Moreno emigrated with her mother from Puerto Rico at age five. By six, she was dancing at Greenwich Village nightclubs. By 16, she was working full time. By 20, she was in “Singin’ in the Rain.”

In the documentary “Rita Moreno: Just a Girl Who Decided to Go for It,” Norman Lear says: “I can’t think of anyone I’ve ever met in the business who lived the American dream more than Rita Moreno.”

In the decades that followed, Moreno won a Tony, a Grammy, an Emmy and and Oscar, for “West Side Story.” (Her entire acceptance speech: “I can’t believe it.” ) With seemingly infinite spiritedness, she has . . .