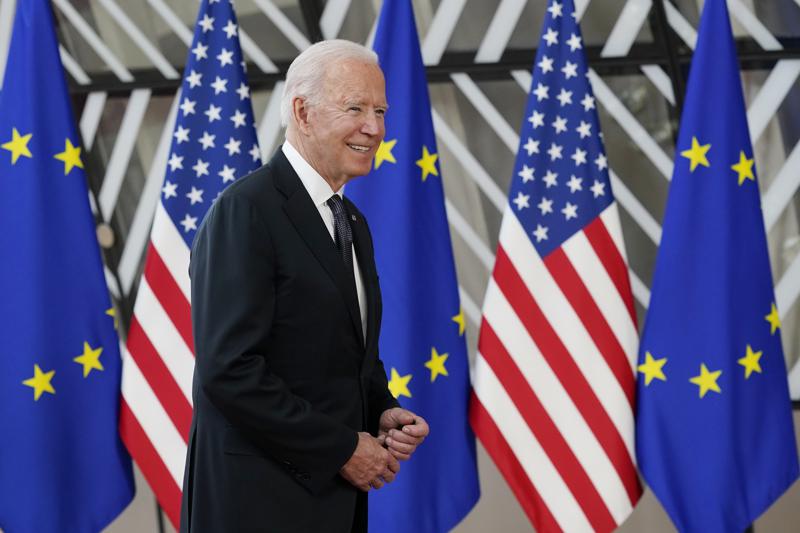 BRUSSELS (AP) — President Joe Biden on Tuesday moved to end a long-running dispute with the European Union over subsidies for aircraft manufacturers, a major breakthrough in the U.S.-EU trade relationship that comes on the eve of his highly anticipated meeting with Russian President Vladimir Putin.

The announcement that the two sides reached resolution in a 17-year dispute over how much of a government subsidy each can provide for its aircraft manufacturing giant — Boeing in the United States and Airbus in . . .