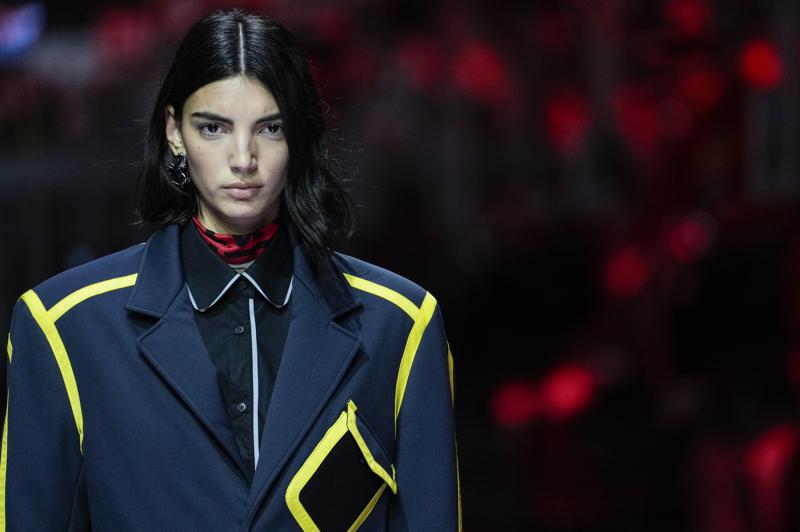 MARANELLO, Italy (AP) — Ferrari V12 production cars were suspended over the factory floor Sunday night as the 74-year-old luxury carmaker launched a new era as a lifestyles brand, with a runway show unveiling its first ready-to-wear collection targeting a younger generation that might not be aware of its Formula One racing pedigree and coveted performance street cars.

Models walked along the halted production line in a symbolic gesture that underlined the creative interplay between Ferrari’s long lineage of sleek, curved automotive bodies and the fashion line by creative director . . .