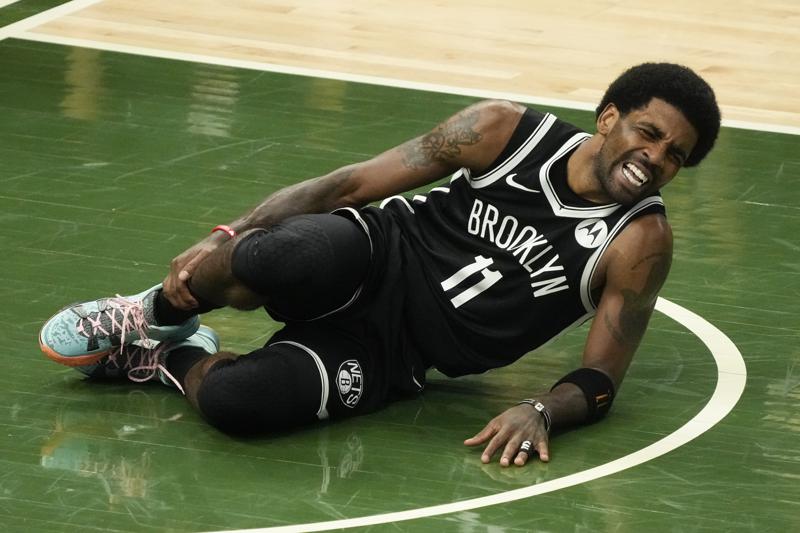 MILWAUKEE (AP) — Brooklyn Nets guard Kyrie Irving missed the second half of Game 4 of his team’s second-round playoff series with the Milwaukee Bucks after spraining his ankle midway through the second quarter.

Irving left the game and headed to the locker room with 5:52 left in the period, leaving Brooklyn without two of its superstars. The Nets announced at halftime he had a sprained ankle and wouldn’t return to the game.

Irving had just made a basket in the paint when he landed awkwardly. On his way down, Irving’s left leg appeared to hit Bucks forward . . .