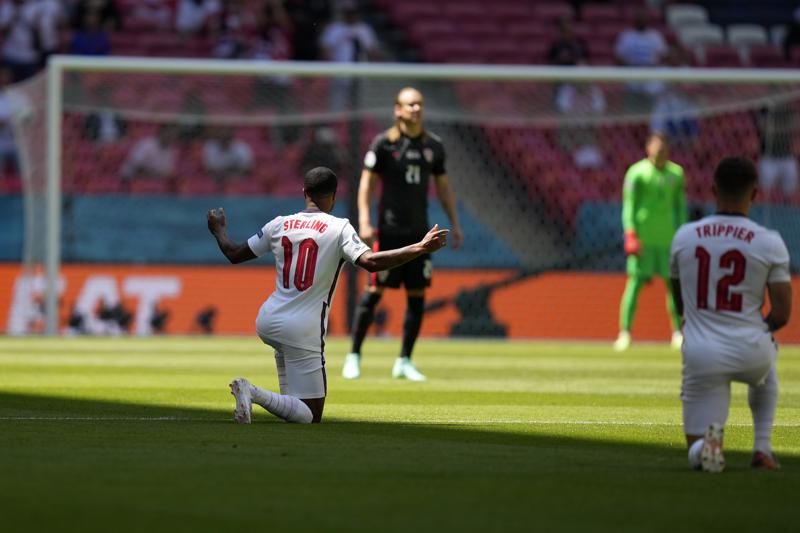 LONDON (AP) — Sections of fans at Wembley Stadium booed England players for taking a knee before the European Championship game against Croatia on Sunday.

The boos, which could be heard over those fans applauding, came despite pleas from the team to respect the anti-racism gesture. Croatia’s players did not take a knee as expected ahead of the Group D game, which England won 1-0.

“Everybody should cheer for England,” British Prime Minister Boris Johnson said a short time later at the . . .