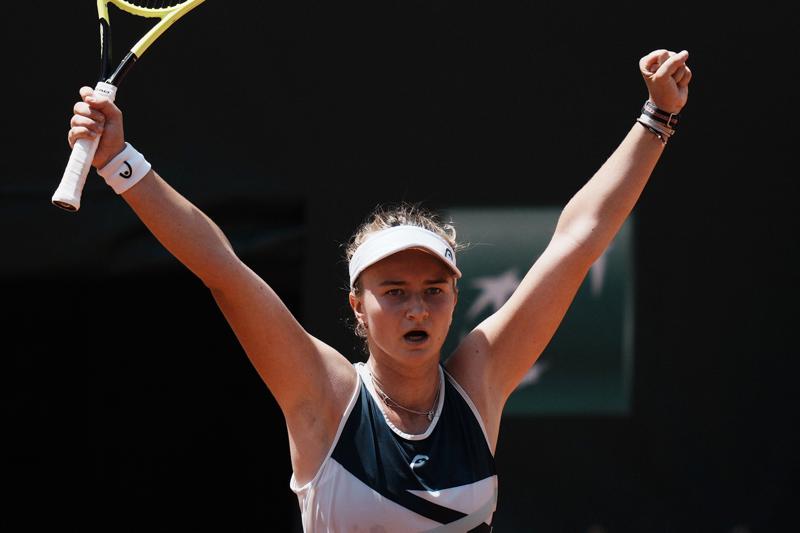 PARIS (AP) — Unseeded Barbora Krejcikova reached her first Grand Slam semifinal by coming back from an early deficit and beating 17-year-old Coco Gauff 7-6 (6), 6-3 at the French Open on Wednesday.

Gauff led 3-0 at the outset, then 5-3, and held a total of five set points in the opener, but failed to convert any.

Krejcikova took advantage, grabbing that set by taking the last four points of the tiebreaker. She then reeled off . . .