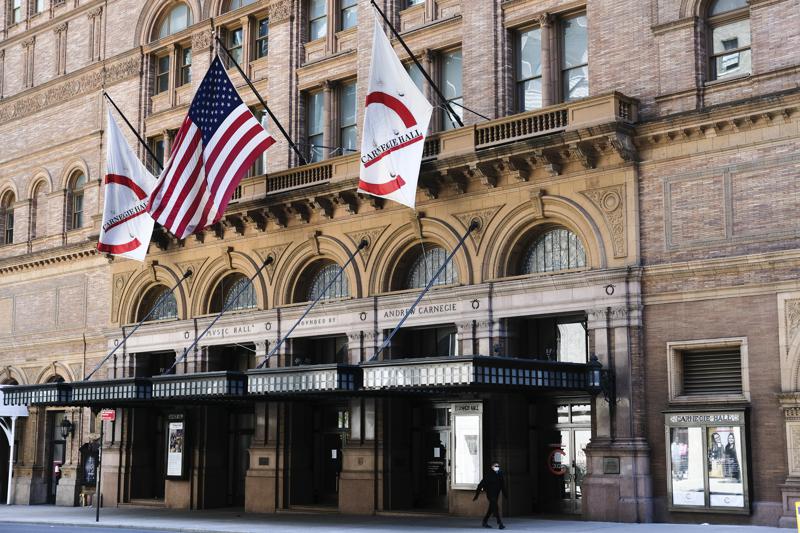 NEW YORK (AP) — Carnegie Hall will resume performances in October following a 1 1/2-year closure caused by the coronavirus pandemic but with a limited schedule of recitals and small ensembles until large orchestras return in January.