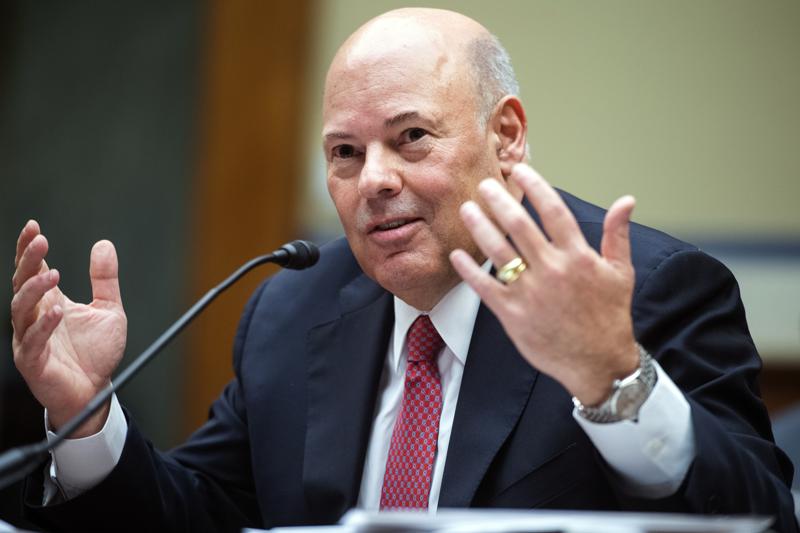 WASHINGTON (AP) — Louis DeJoy is uninterested in the niceties of Washington. The wealthy longtime businessman with an outer borough New York accent prides himself as a problem solver ready to disrupt an unwieldy bureaucracy. And he’s facing potential legal troubles.

In other words, the postmaster general may be the closest thing to former President Donald Trump left in the nation’s capital. But there’s little President Joe Biden can do about it. “Get used to me,” DeJoy told critics in Congress during a hearing earlier this year.

As he approaches his first anniversary at the U.S. Postal Service’s helm, DeJoy is under mounting pressure to resign. He’s been criticized by lawmakers from both parties for changes to the agency that have resulted in . . .