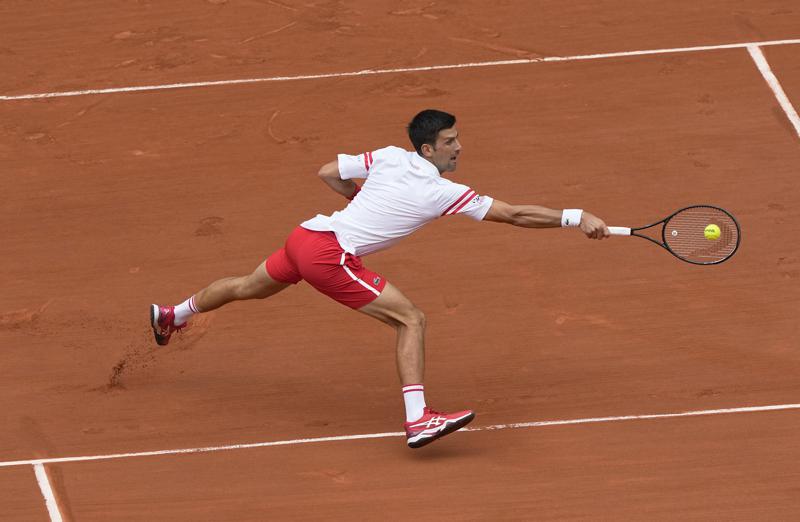 PARIS (AP) — Novak Djokovic went from a big deficit to his best tennis at the French Open on Monday, erasing a two-set hole and grabbing 13 games in a row in a dominant display before his opponent stopped playing because of a back problem.

It took Djokovic more than two sets and two hours to get going in the right direction at Court Philippe Chatrier, but once he . . .