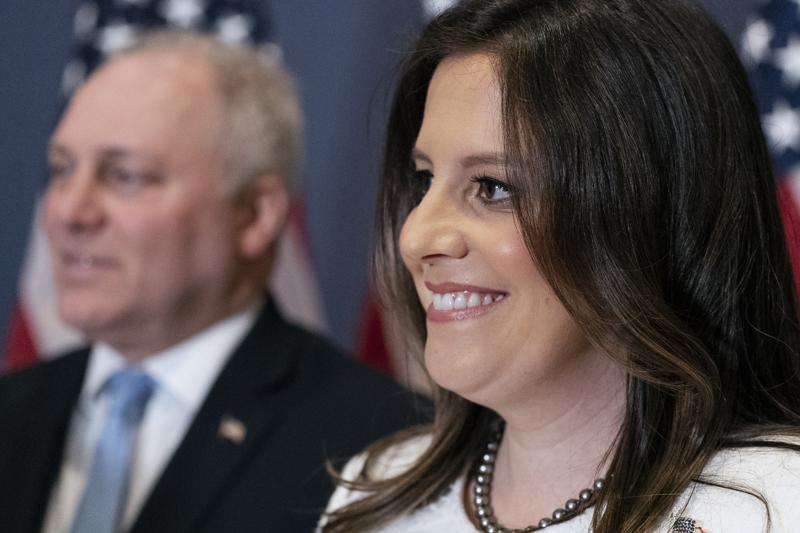 SARATOGA, N.Y. (AP) — U.S. Rep. Elise Stefanik, whose loyalty to former president Donald Trump won her a leadership post in the House Republican caucus, announced on Twitter that she is expecting her first child.

The fourth-term Congress member from upstate New York tweeted Saturday, “We are absolutely overjoyed to announce that our . . .