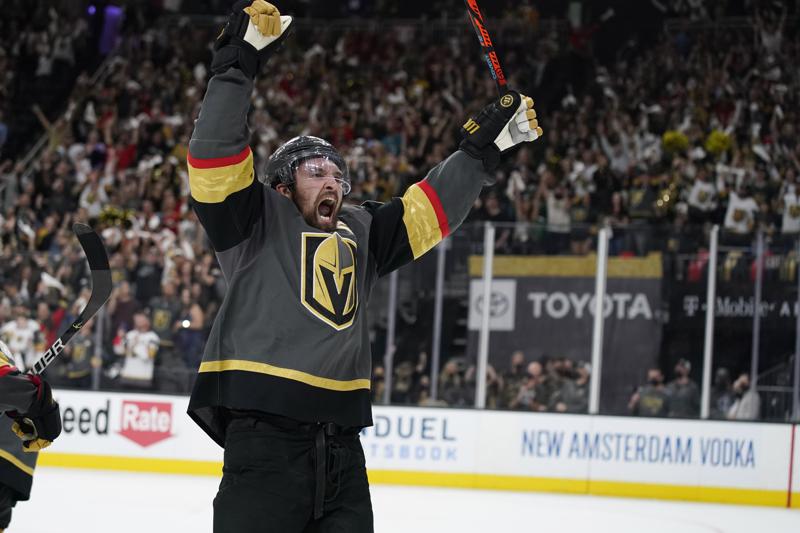 Jonathan Marchessault and Max Pacioretty scored 45 seconds apart late in the third period to lift Vegas to a 3-2 victory over the Colorado Avalanche in Game 3 of their second-round playoff series.

Marchessault’s goal ignited an announced sold-out crowd of 17,504, which helped breathe life into the Golden Knights, who . . .