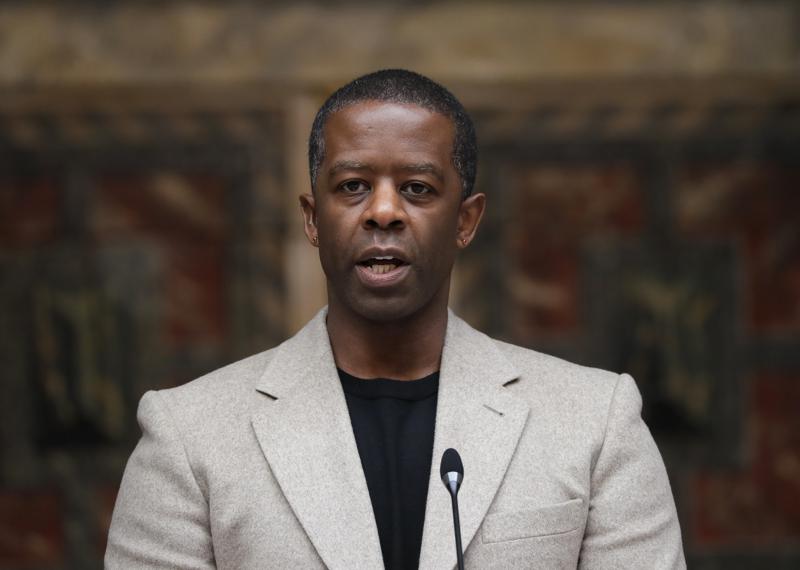 NEW YORK (AP) — “The Lehman Trilogy” was able to make only four preview performances on Broadway before the pandemic shut its doors. Now it plans to return to tell the story of an American financial giant’s downfall with a new cast member.

Stefano Massini’s play about what led to the collapse of Lehman Brothers — adapted by Ben Power and directed by Sam Mendes — will add Adrian Lester, replacing Ben Miles, and joining Simon Russell Beale and . . .