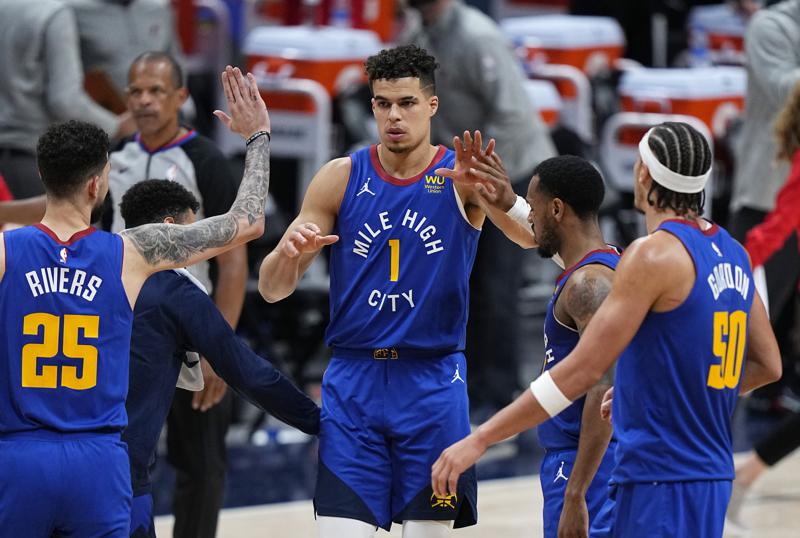 DENVER (AP) — On Damian Lillard’s record-breaking night when he was hitting one shot after another from behind the arc and almost beyond belief, it was Michael Porter Jr. who quietly sank the biggest basket of all.

MPJ’s 3-pointer from the left corner barely fluttered the net with 1:33 left in the second overtime and proved the game-winner as the Denver Nuggets squelched an epic comeback by the Portland Trail Blazers with a 147-140 win Tuesday night in Game 5 of their best-of-seven playoff series.

“That’s what playoff basketball is,” Porter said after the thriller that included a dozen lead changes and 11 ties, including long . . .