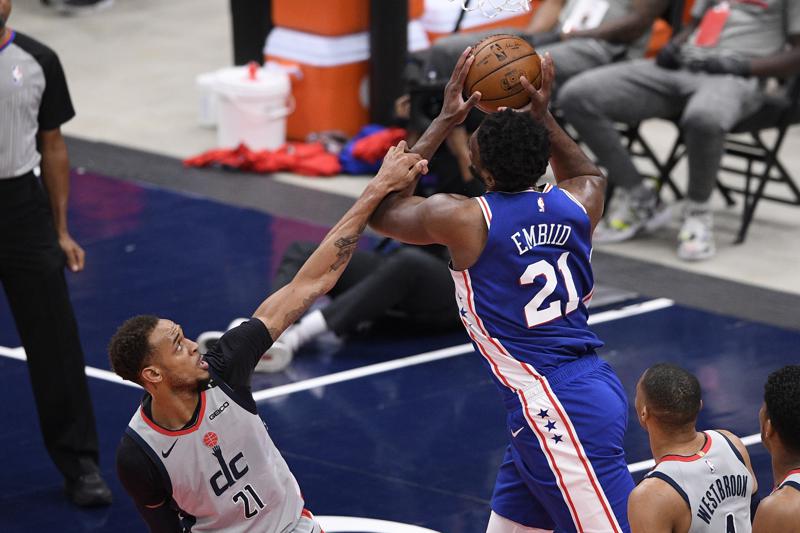 WASHINGTON (AP) — Philadelphia center Joel Embiid headed to the locker room late in the first quarter of Game 4 of the 76ers’ Eastern Conference playoff series against the Washington Wizards after taking a hard fall and later was ruled out for the rest of the night because of a sore right knee.

The Sixers posted on Twitter at halftime that Embiid would not return because of the knee. Mike Scott took Embiid’s place in the lineup to . . .