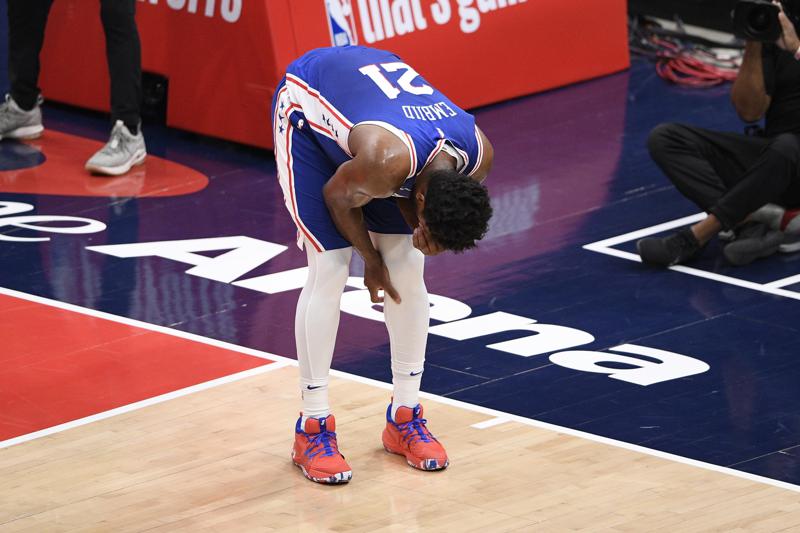 WASHINGTON (AP) — After the Philadelphia 76ers lost NBA MVP finalist Joel Embiid to what the team called a sore right knee late in the first quarter Monday night, they lost their lead — and their chance at the franchise’s first playoff sweep in 36 years.

With Embiid gone for most of Game 4, Bradley Beal’s 27 points, Russell Westbrook’s 12th career playoff triple-double and Washington’s strategy of fouling Ben Simmons whenever possible down the . . .