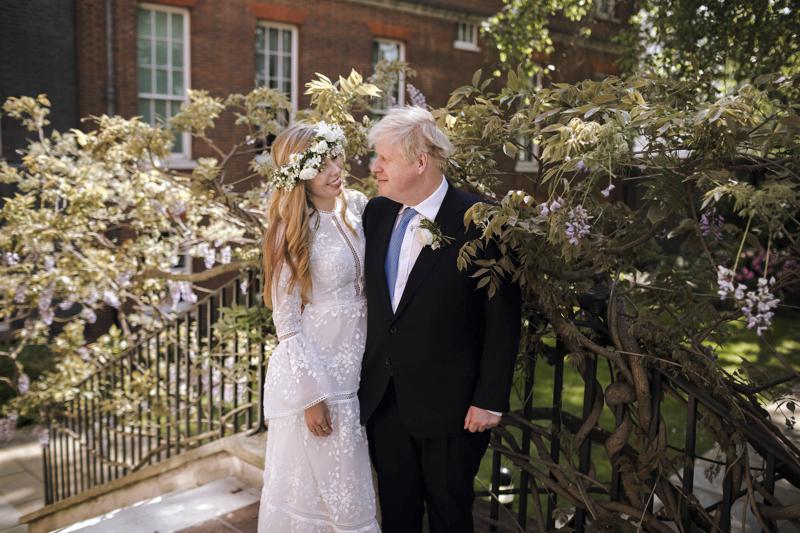 LONDON (AP) — British Prime Minister Boris Johnson has married his fiancée, Carrie Symonds, in a small private ceremony that came at the end of a tumultuous week during which a former top aide said he was unfit for office.

The couple wed Saturday at the Roman Catholic Westminster Cathedral in front of a small group of friends and family, Johnson’s office said Sunday, confirming newspaper reports that were published overnight. Photos taken after the ceremony in the garden of the prime minister’s residence showed Symonds in a long white dress and floral headband. Johnson wore a dark suit.

“The Prime Minister and Ms. Symonds were married yesterday afternoon in a small ceremony at Westminster Cathedral,″ Downing Street . . .