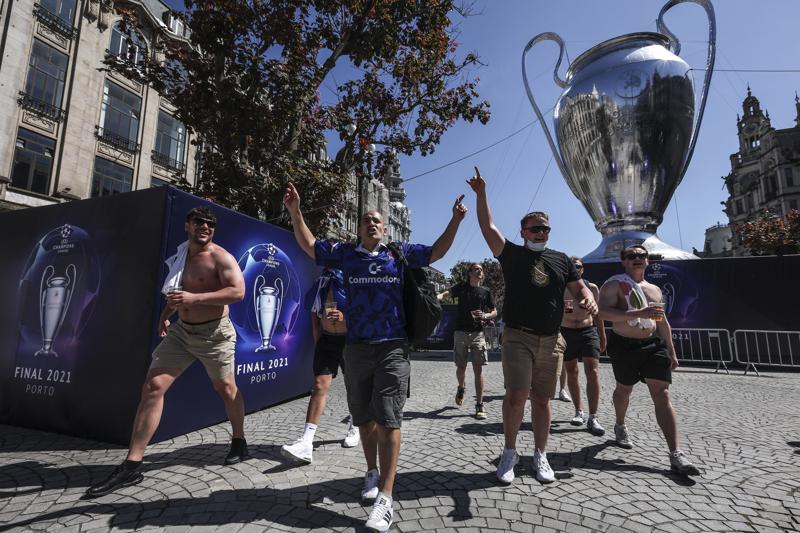 PORTO, Portugal (AP) — Looming over Liberdade Square, the giant European Cup replica that supporters of Chelsea and Manchester City crane their necks to photograph is a reminder of the prize being sought in Saturday’s Champions League final.

And the footballing heritage their clubs tried to wreck only a month ago.

The all-English final in Porto is a meeting of two of Europe’s richest teams at the end of a pandemic-compressed season that has stretched squads to the limit and benefited those with the deepest resources.

It’s another reminder of the advantages held by the elite who seem forever to be seeking great wealth and power, undercutting any . . .