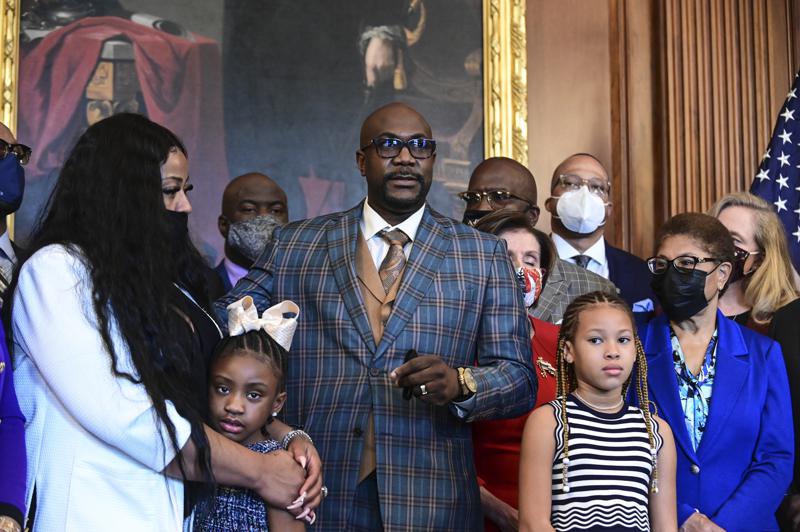 WASHINGTON (AP) — Congressional bargainers should reach a bipartisan deal on revamping policing procedures by early summer or abandon the effort, Republicans said Wednesday, a day after George Floyd’s family used visits to the White House and the Capitol to prod lawmakers to act.

“I think it’s June or bust,” lead GOP bargainer Sen. Tim Scott of South Carolina told reporters, the day after the anniversary of Floyd’s slaying at the hands of Minneapolis police. “We’ve got three weeks in June to get this done.”