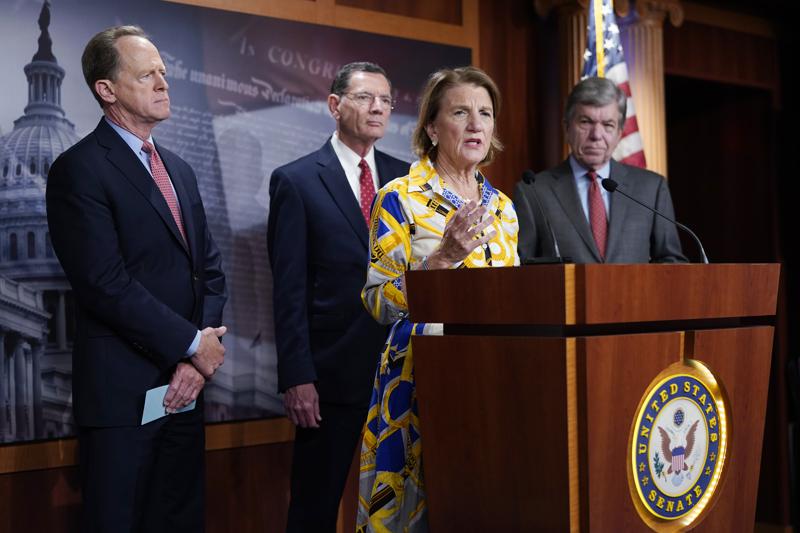 WASHINGTON (AP) — Republican senators outlined a $928 billion infrastructure proposal Thursday that would tap unused coronavirus aid, a counteroffer to President Joe Biden’s more sweeping plan as the two sides struggle to negotiate a bipartisan compromise and remain far apart on how to pay for the massive spending.

The Republican offer would increase spending by $91 billion on roads and bridges, $48 billion on water resources and $25 billion on airports, according to a one-page summary released by the GOP negotiators. It also would provide for one-time increases in broadband investments, at $65 billion, and $22 billion on rail.

Republicans have rejected Biden’s proposed corporate tax increase to pay for new investments, and instead want to shift unspent . . .