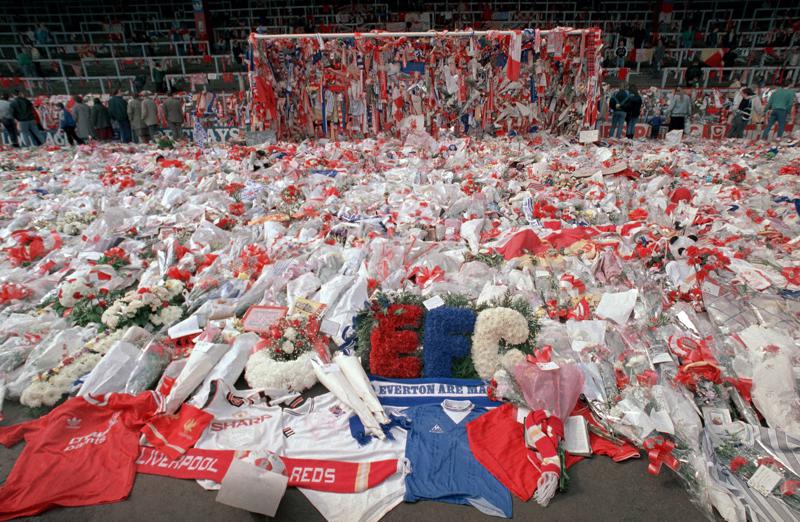 LONDON (AP) — Families of 96 Liverpool soccer fans who died in a stadium overcrowding disaster in 1989 slammed a British judge’s decision to end the trial of two former police officers and an ex-lawyer on charges of perverting the course of justice.

After four weeks of evidence, Judge William Davis told jurors in Salford, northwest England, that he agreed with lawyers for the defendants that there was no case they could properly consider.

That decision brings to an end the families’ 32-year fight for justice for their loved ones who died on April 15, 1989, during the crush at an FA Cup semifinal match between Liverpool and Nottingham Forest at . . .