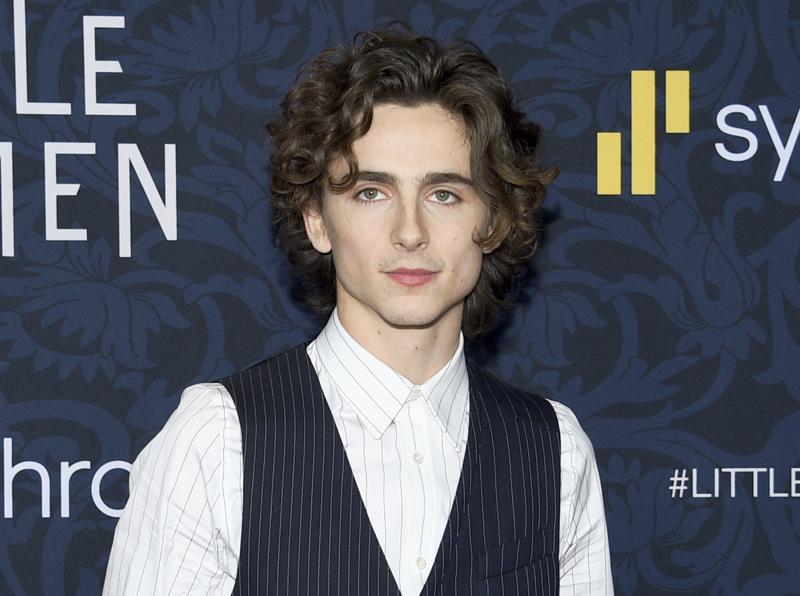 NEW YORK (AP) — Timothée Chalamet will play Willy Wonka in a musical based on the early life of Roald Dahl’s eccentric chocolatier.

Warner Bros. and the Roald Dahl Story Co. announced Monday that the 25-year-old Chalamet will star in “Wonka.” The studio said the film will “focus on a young Willy Wonka and his adventures prior to opening the world’s most famous chocolate factory.”