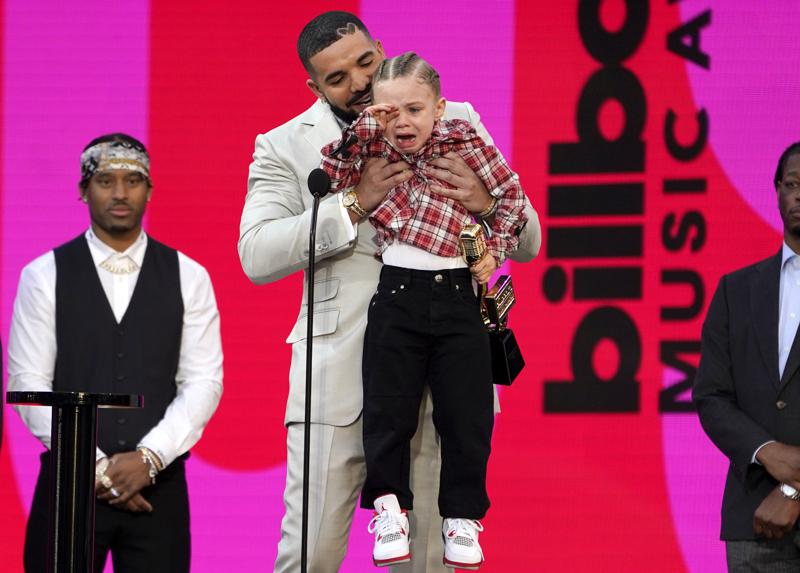 NEW YORK (AP) — It was a family affair at the Billboard Music Awards: Pink twirled in the air in a powerful performance with her daughter, and Drake was named artist of the decade, accepting the honor alongside his 3-year-old son.

Drake, who extended his record as the most decorated winner in the history of the awards show to 29 wins Sunday, was surrounded by family and friends who presented him with the Artist of the Decade Award. He walked onstage outside the Microsoft Theater in Los Angeles with his son Adonis holding his hand.

“I wanna dedicate this award to my friends, to my longtime collaborators … to my beautiful family, and to you,” he said, looking to . . .