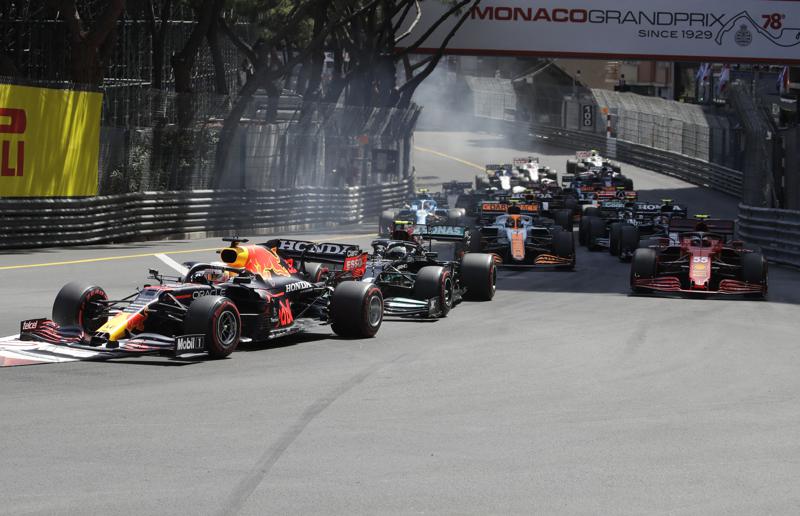 MONACO (AP) — Max Verstappen took the lead in the Formula One championship race for the first time in his career with a dominating victory Sunday at the Monaco Grand Prix, his first win on the vaunted circuit.

Verstappen took control of the race right at the start from the second position, in part because pole sitter Charles Leclerc did not start the race because of a mechanical issue.

Verstappen darted in front of Valtteri Bottas and led start to finish for his second win the season and 12th of his career. The Red Bull driver took a four-point lead over seven-time . . .