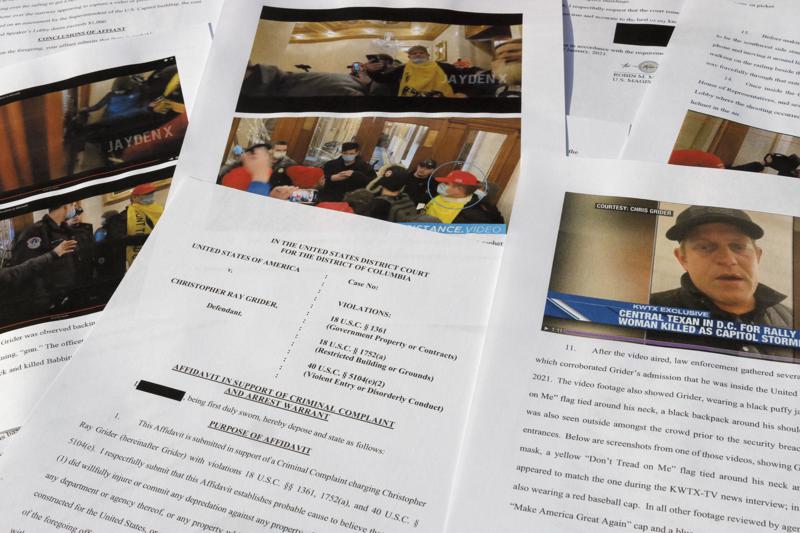 Christopher Grider said he came to Washington on Jan. 6 with no intention of rioting. But he got caught up in the mob of angry supporters of then-President Donald Trump as they surged into the U.S. Capitol, breaking through police barriers and smashing through doors.

It wasn’t his fault, he said, that he ended up inside the building with a yellow “Don’t Tread on Me” flag around his neck as lawmakers ran for their lives.

Grider, 39, a winery owner and former school teacher in Texas is among at least a dozen Capitol riot defendants identified by The Associated Press who have claimed their presence in the building was a result of . . .