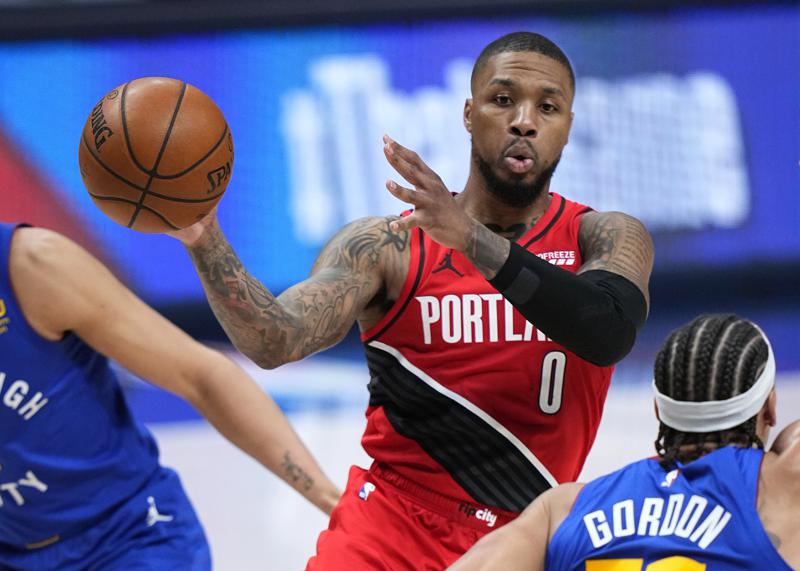 DENVER (AP) — What had Damian Lillard so excited wasn’t his 34 points or 13 assists or how he led Portland’s 3-point barrage that sparked the Trail Blazers’ win over the undermanned Denver Nuggets in their playoff opener Saturday night.

It was holding NBA MVP front-runner Nikola Jokic to a single assist. That’s something no opponent had done all year against the Nuggets superstar center who averaged a career-best 8.3 assists this season.