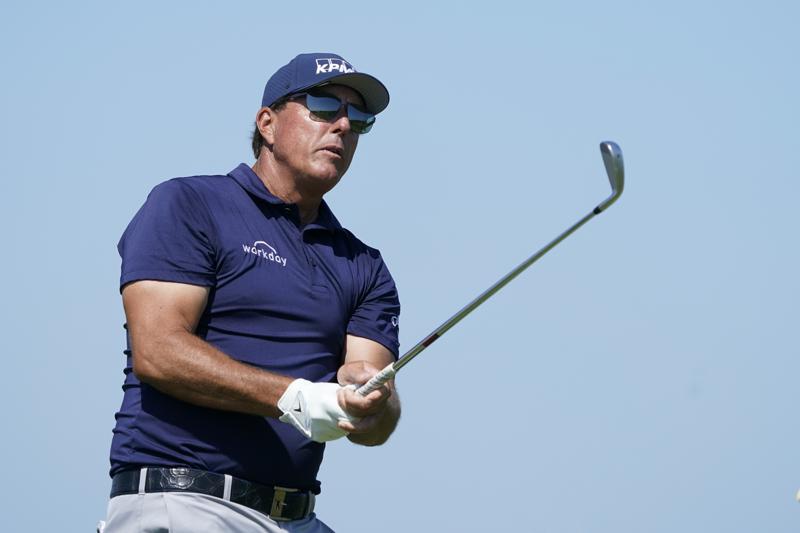 After landing in a bunker on the par-3 fifth hole, Mickelson blasted out and into the cup for birdie to move to 7-under par. He’s two shots in front of Kevin Streelman and Brooks Koepka.

Mickelson lifted his wedge in the air in celebration after the ball rolled into the cup. The large crowd . . .