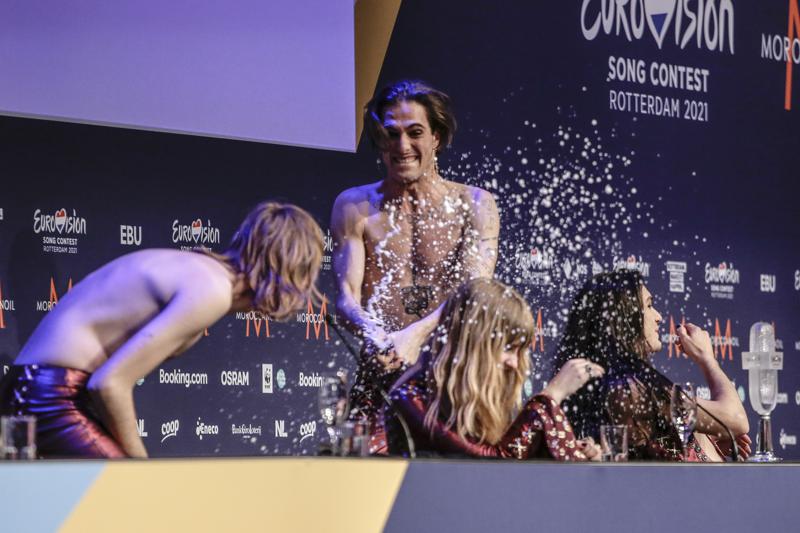 ROME (AP) — The Italian rock band that won the Eurovision Song Contest returned home Sunday to the adulation of fans and so much speculation that the lead singer had snorted cocaine during the show that he offered to take a drug test.

Maneskin lead singer Damiano David strongly denied he had taken drugs during Saturday’s live television broadcast. But he offered to take a drug test upon his return to Rome to put the matter to rest and refute social media speculation fueled by footage of him bending over a table during the competition.

Asked at a post-victory news conference whether he’d snorted cocaine, David replied that he doesn’t use drugs and . . .