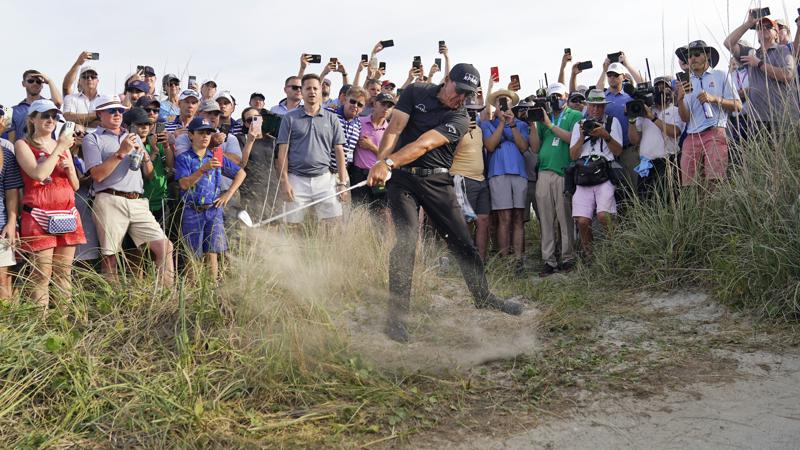 KIAWAH ISLAND, S.C. (AP) — Phil Mickelson could have done without the thrills Saturday in the PGA Championship.

Losing a five-shot lead in a span of five holes on the back nine. One tee shot into the water, another that ended up under a cart tire. It was all part of a wildly entertaining day at Kiawah Island that ended with Mickelson nearly holing a flop shot that can test the nerves of just about any 50-year-old but him.

That brought Mickelson to the cusp of history not many could have seen coming.

That par save for a 2-under 70 gave him a one-shot lead over Brooks Koepka and left him 18 holes away from becoming the . . .