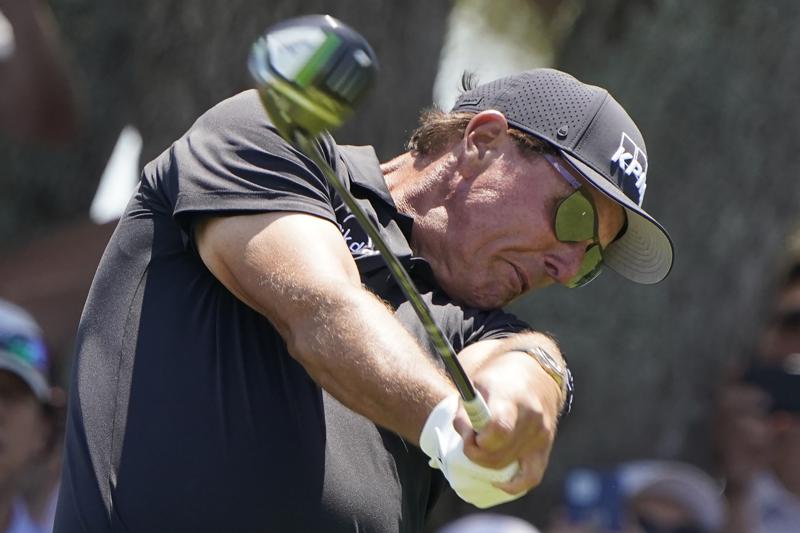 KIAWAH ISLAND, S.C. (AP) — The image has become familiar over the years. Phil Mickelson holes a birdie putt and drops that left fist in tempered celebration as he makes his run up the leaderboard in a major.

This was Friday at the PGA Championship, and he kept right on going until he tied for the lead with Louis Oosthuizen going into the weekend at Kiawah Island. Even at age 50.

Tentative on the toughest stretch as he started dropping shots by missing putts, Mickelson began to look ageless with brilliant iron play and a pair of big birdies that led to a 31 on the front . . .