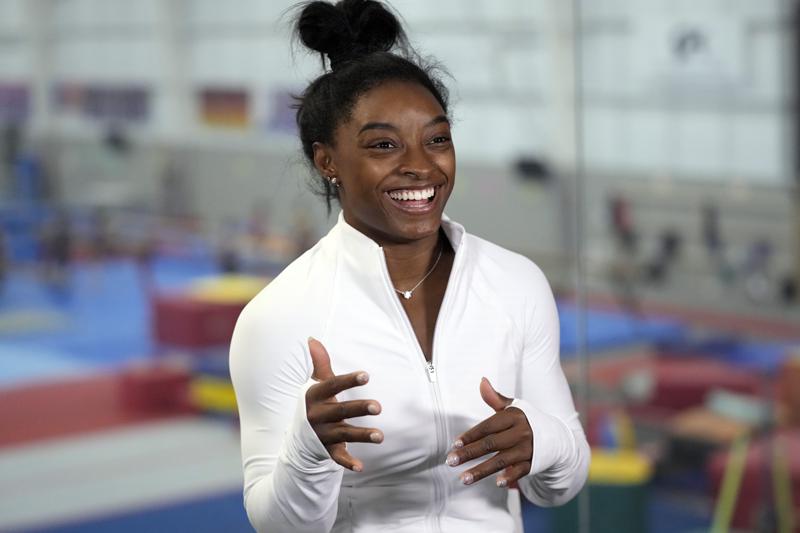 SPRING, Texas (AP) — Simone Biles hops up in a chair and lets out a small sigh. “Only 12 more weeks,” the greatest gymnast of her generation and any other says with a hint of wistfulness.

Not 12 weeks until the Tokyo Olympics begin. But until they’re over.

Don’t misunderstand. This summer, the 24-year-old has every intention on becoming the first woman to repeat as Olympic champion in more than a half-century. To drag, push and pull her sport into the future. To use her ever-expanding . . .