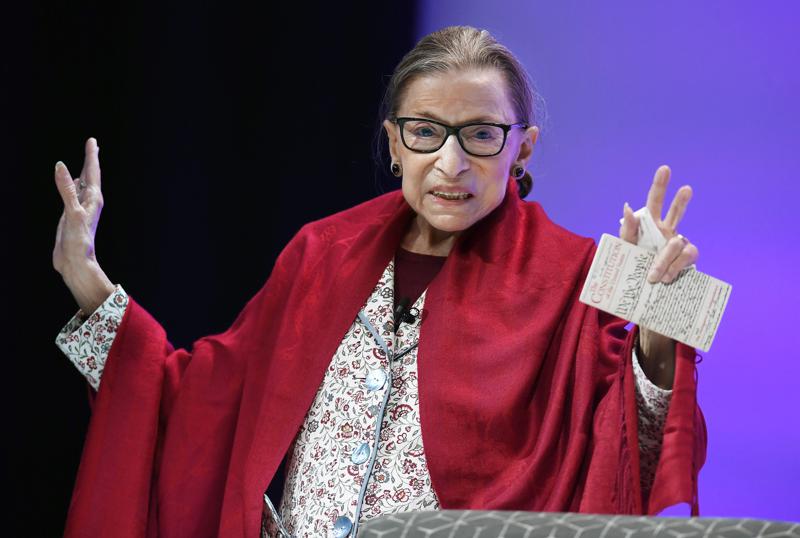 WASHINGTON (AP) — In her last years on the Supreme Court, Justice Ruth Bader Ginsburg moved slowly. She was always the last justice to exit the courtroom, with Justice Clarence Thomas helping her down the steps from the Supreme Court bench. But Ginsburg, who died in September at age 87, was known for her speed at something: writing opinions.

In a new, short remembrance for The Supreme Court Historical Society, Thomas says Ginsburg’s “efficiency became a source of humorous banter as well as a thing of legend” among her colleagues.

Ginsburg described herself as “Rapid Ruth” when it came to opinion writing. And because she was so fast in writing . . .