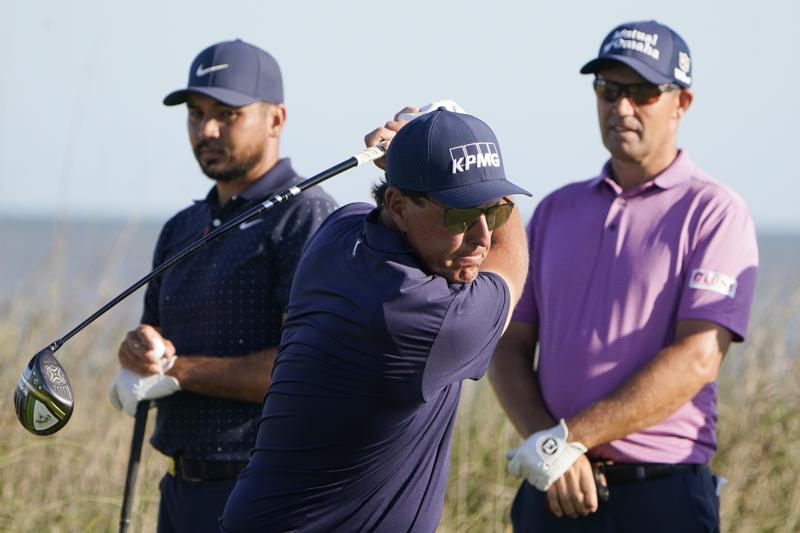 Phil Mickelson rallied from a dreadful start to stay in the mix with a 2-under 70 on Thursday at the PGA Championship.

The 50-year-old five-time major champion made four bogeys over his first six holes and appeared on the way to a missed cut instead of up the leaderboard. But Mickelson made five . . .