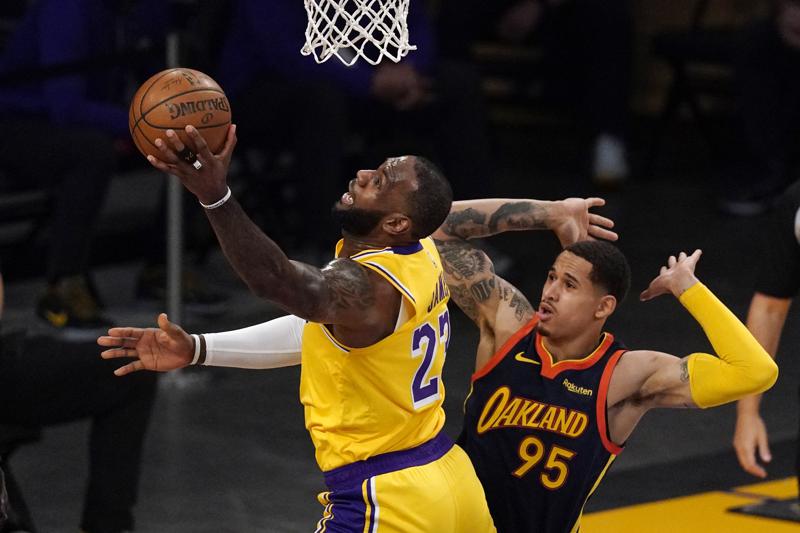 LOS ANGELES (AP) — LeBron James persevered through an injured ankle, a big first-half deficit and being poked in the eye late in the fourth quarter to add another highlight to his impressive resume.

James made a long, go-ahead 3-pointer with 58.2 seconds remaining, rallying the Los Angeles Lakers to a 103-100 victory over the Golden State Warriors in a Western Conference play-in tournament game Wednesday night.

“After the finger to the eye, I was seeing three rims and shot at the middle one. By grace, I was able to knock it down,” said James, who finished with 22 points, 11 rebounds and 10 assists for his sixth triple-double of . . .