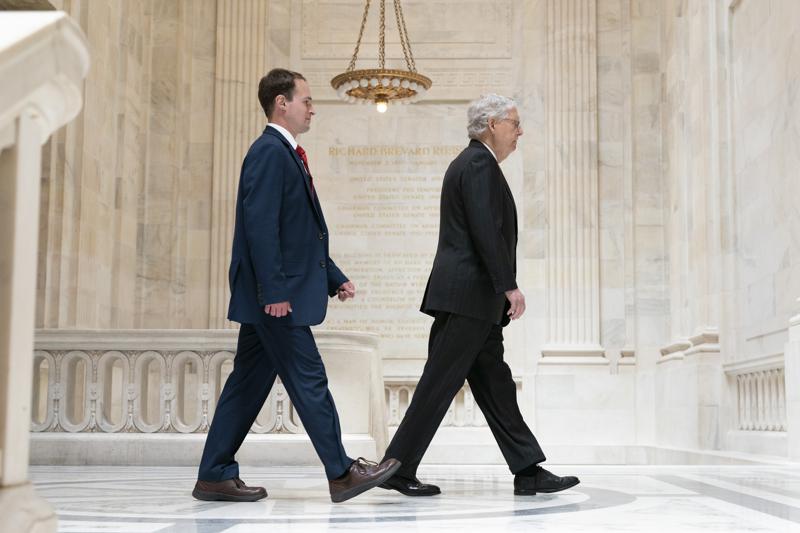 WASHINGTON (AP) — Senate Republicans are signaling that they will try to block — or at least slow down — a Democratic effort to create a 9/11-style commission on the deadly Jan. 6 insurrection at the U.S. Capitol, threatening the chances of a deeper, independent look at the siege and how it could be prevented from happening again.

Senate Republican Leader Mitch McConnell said Tuesday he is “pushing the pause button,” on the legislation to form the commission, which is expected to pass the House this week despite the opposition of House Republican Leader Kevin McCarthy. That means the bill is likely to have a more difficult path when it reaches the Senate, where . . .