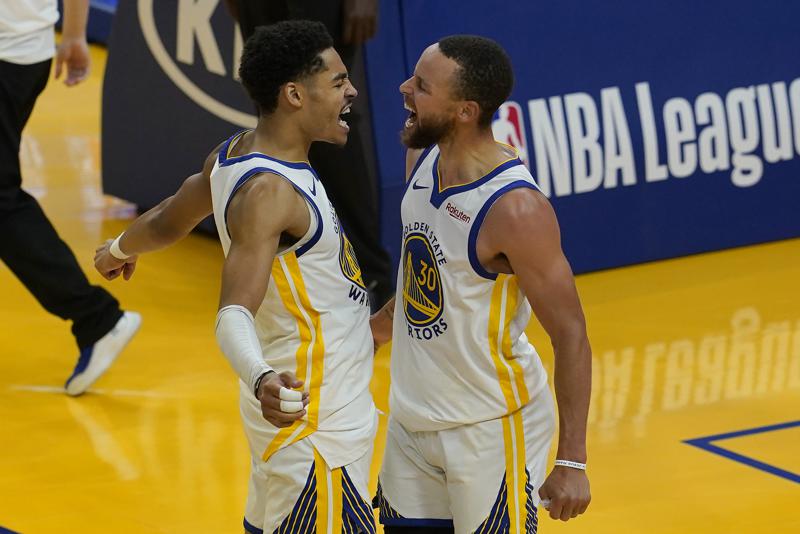 SAN FRANCISCO (AP) — Stephen Curry lifted his jersey to celebrate Baron Davis-style in an ode to that old “We Believe” Warriors playoff team of more than a decade ago. He flung a game-worn bracelet into the stands that sent fans chanting “M-V-P!” scrambling for the souvenir from another stellar performance by No. 30.

Curry became the oldest scoring champion since Michael Jordan at age 35 in 1998, finishing with 46 points as Golden State held off the Memphis Grizzlies 113-101 on Sunday in a regular-season finale that . . .