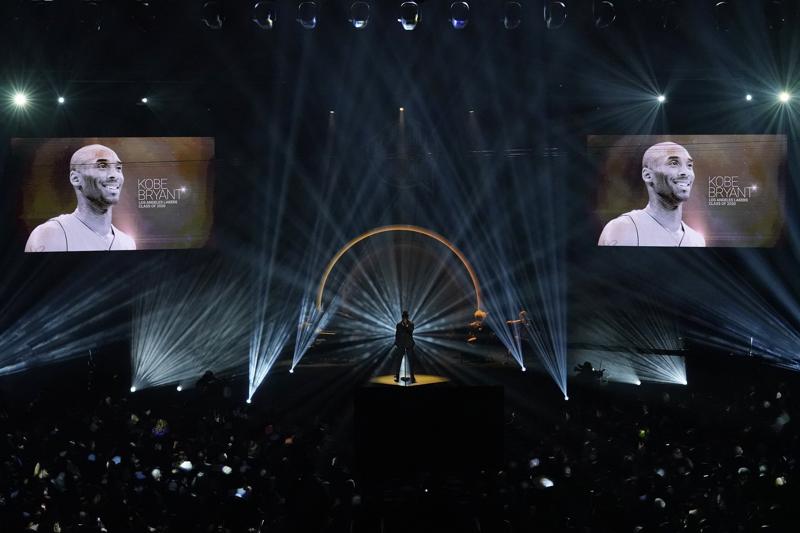 UNCASVILLE, Conn. (AP) — Vanessa Bryant took Michael Jordan’s hand and walked down from the stage, a familiar chant breaking out throughout the arena as she made her way back to her seat.

With that, he was — officially, finally — a member of the Naismith Memorial Basketball Hall of Fame.

Kobe Bryant is in the Hall now, along with contemporaries Tim Duncan and Kevin Garnett, headliners of a group of nine who got their delayed and long-awaited enshrinement on Saturday night, more than a year after . . .