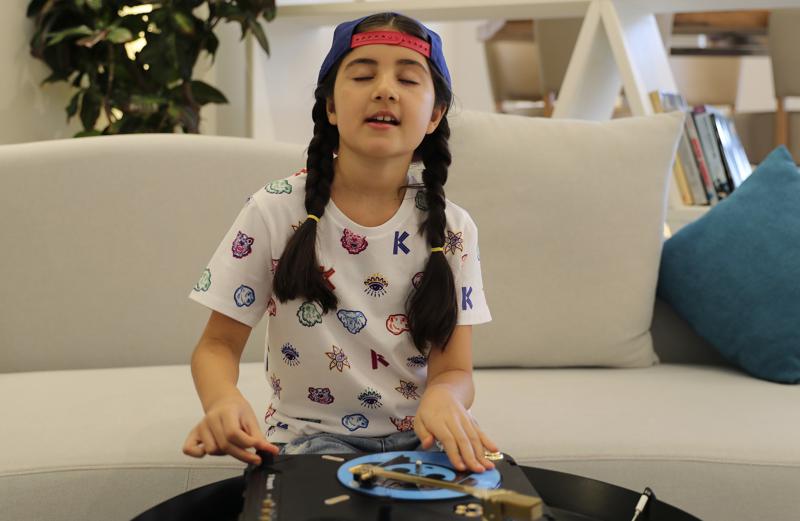 UBAI, United Arab Emirates (AP) — Michelle Rasul had just learned to read and write and was already spinning turntables, scratching hip-hop records and making the beats drop. Four years later, at the age of 9, she’s one of the world’s top DJs and competed in this year’s global championship.

At her home in the skyscraper-studded city of Dubai, the turntable whiz from Azerbaijan nodded her baseball cap-adorned head to the beat and showed off her skills scratching, cutting and fading. Her tiny fingers flew across the turntable as . . .