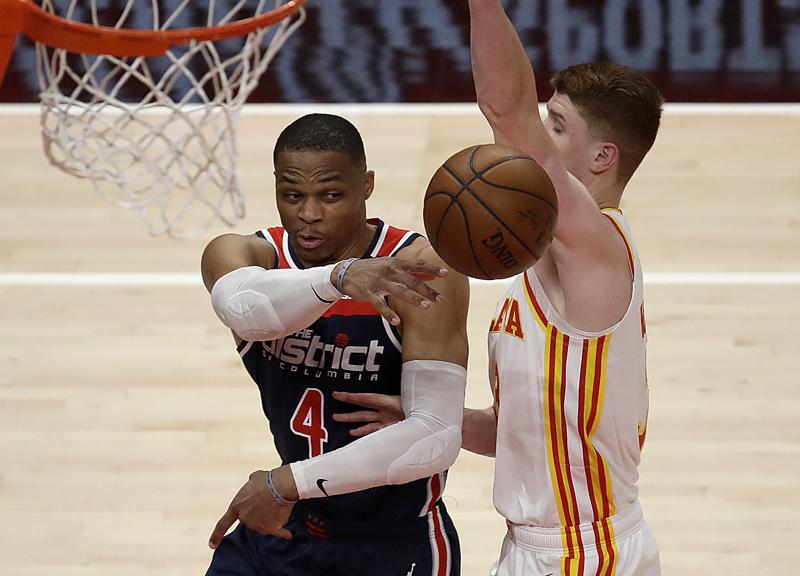 ATLANTA (AP) — Oscar Robertson’s NBA record of 181 triple-doubles had stood since 1974 and was once thought to be untouchable — until Russell Westbrook surpassing it became inevitable.

Westbrook got it done Monday night, hardly a surprise given that he’s averaging a triple-double this season and this was his 36th, including seven in his last eight games.

“I normally don’t like to pat myself on the back but tonight I will just because I’m so grateful for the ones before me and so blessed to the man above to allow me to go out and do it,” Westbrook said. “I take this . . .