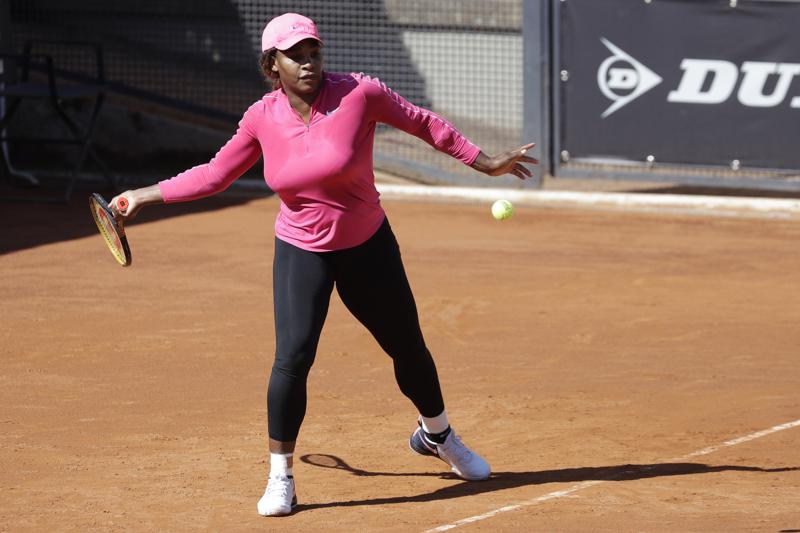 ROME (AP) — Forget all that speculation about Serena Williams considering retirement after her emotional hand-to-heart gesture upon her Australian Open exit three months ago.

While Williams has not played since losing to Naomi Osaka in the Melbourne semifinals in February, she has been practicing “very intensely” on clay courts and is ready to “start fresh” in her pursuit of Margaret Court’s record of 24 Grand Slam titles.

Preparing to return at this week’s Italian Open to gear up for Roland Garros later this month, Williams on . . .